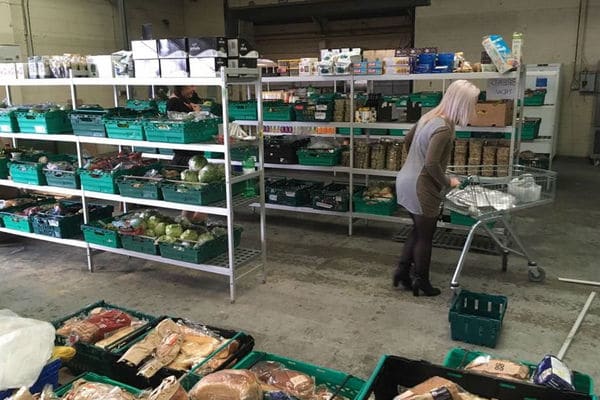 A new shop selling surplus supermarket stock has opened in Leeds to an overwhelming reception.

The Real Junk Food Project, based in a warehouse,  sells surplus stock that the supermarkets would otherwise throw away and regularly receives deliveries from Morrisons, Sainsbury‘s and Ocado.

Founder Adam Smith, a trained chef, said: “We ask that you pay what you feel in time, money and skills.

“We do have people coming with the intention of paying and if it carries on like it does, it will pay for the cost of the warehouse.”

The supermarket stocks everything from Ferrero Rocher to fruit juice and takes donations from supermarkets, restaurants and even allotments from the local area.

RELATED: How can retailers tackle the £19 billion waste problem?

This follows headlines this week exposing the staggering volume of waste produced by supermarkets, topping hundreds of thousands of tonnes.

Fifty-five per cent of the waste is said to be unavoidable, and only small percentages are donated to charity.

Sainsbury‘s has been found to be the supermarket which donated the most of its surplus, with 2935 of the 38,767 tonnes of waste going to charity, according to the Evening Standard.

This is closely followed by Tesco which donates 2800 out of 62,200 tonnes of its food waste to charity.

Of those supermarkets who disclosed their food waste, Aldi was found to donate just 63 out of 13,440 tonnes to charity.