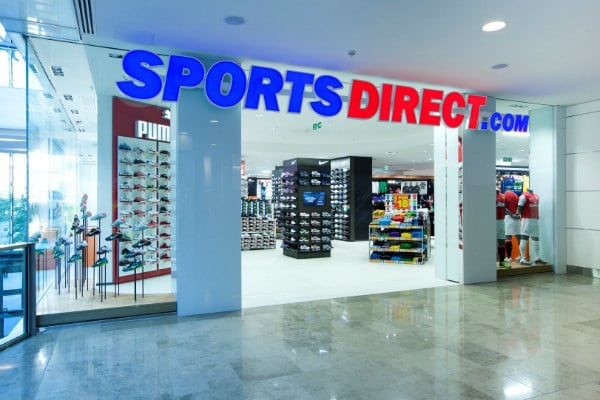 Two of the country‘s biggest unions have vowed to continue holding Sports Direct to account after the retailer pledged to improve working conditions for its retail staff today.

Their responses came shortly after Sports Direct revealed the results of an internal review and apologised to affected employees.

The review, carried out by professional services firm RPC, found “serious shortcomings” at Sports Direct‘s warehouse in Shirebrook, Derbyshire, which the company‘s board “deeply regrets and apologises for”.

Directly-employed casual retail employees at Sports Direct will also be offered the option of either a zero-hours contract or a permanent contract with at least 12 guaranteed hours per week.

In addition, the company will remove its “six strikes and you’re out” disciplinary procedure and promised to remunerate warehouse staff at a rate that‘s above the National Minimum Wage.

RELATED:  Sports Direct staff offered some reprieve ahead of AGM

The report also highlighted that Sports Direct boss Mike Ashley – who was recently questioned by MPs over “Victorian workhouse” practices at the warehouse – “takes ultimate responsibility for any aspects of the working practices that were unsatisfactory”.

In response to the report, two of the biggest unions have said they were not prepared to drop their concerns just because the company has now apologised and pledged to mend its ways.

TUC general secretary Frances O‘Grady has echoed the Labour party‘s calls for the zero-hours contracts to be canned completely.

“An apology is always a good start, but this is too little, too late. What we really need is an independent investigation, as called for by the trade union resolution at tomorrow‘s Sports Direct AGM,” O‘Grady said.

“A report written by a law firm which previously represented Mike Ashley and management simply won‘t cut it. Sports Direct cannot be allowed to mark their own homework.

“Cases like this show why the government must act to end the abuse of zero-hours contracts, and get serious on enforcing employment rights.”

The Unite union also wants Sports Direct and Mike Ashley – who owns a 55 per cent stake in the retailer – to do more, starting by curbing its use of agency staff.

“Unite still has concerns over the use of the two employment agencies, The Best Connection and Transline, which supply over 3400 workers to the Sports Direct Shirebrook warehouse,” Unite assistant general secretary Steve Turner said.

“For Unite it has been their behaviour and the lack of oversight that has been the cause of so many of the abuses at Shirebrook.

“We therefore call on Sports Direct to reconsider its proposal to only move 10 agency workers a month onto direct, permanent contracts. At that rate it will take over 340 months or 28 years for the whole of the agency workforce at Shirebrook to be moved on to secure, direct contracts.”

Ashley, who has faced increasing pressure from shareholder groups in the run-up to tomorrow’s public annual general meeting, has repordedly become £61 million richer in just one day after Sports Direct shares surged six per cent  at 352p  soon after the company announced its working conditions pledges.