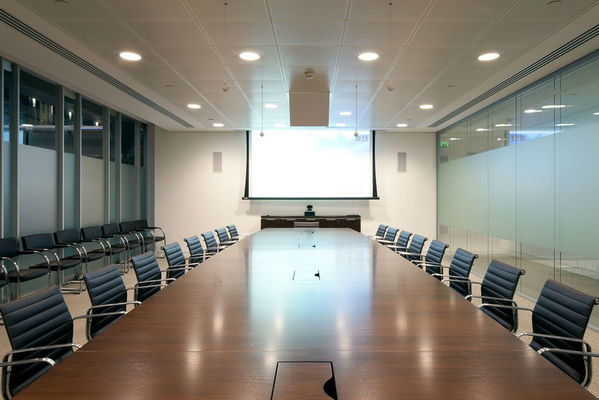 “Whether that‘s being a private cheerleader, championing diversity initiatives, or calling out more explicitly unconscious biases amongst peers – I am grateful to those that paved the way before me, and actively try and do the same for those who will follow.

The infamous glass ceiling has hindered many great leaders from reaching their potential.

In an age which champions equal opportunity and seeks to do away with historical privileges in every avenue of life, gender inequality is still prevalent in the boardrooms of retail.

Women hold just 23.5 per cent of non-executive director roles in the boardrooms of the FTSE 100. Moving up the ladder, the stats begin to further decline. There are more than twice the number of male chief executives in the FTSE 100 named John, than there are women in total.

“The UK‘s retail sector contributes £339 billion to the UK economy and employs 2.8 million people, yet only 10 per cent of executive boards in retail are female.”

Women in Retail head Fiona Davis said while the percentage figure of women in the boardroom “makes the picture look not bad”, it doesn’t reveal the bigger picture per se.

“When you look at senior roles beyond that into executive roles and executive boards that‘s when the percentage goes down very sharply,” she told the Retail Gazette.

“The numbers in retail are very similarly reflected.”

This week British heritage retailer John Lewis appointed its first female managing director in 152 years. Despite this milestone, Davis said the UK stands fifth in the world for equality in the boardroom. But Chande — arguably one of the UK’s most senior and most experienced business executives — said we “still have a lot of work to do in championing more women in the boardroom”.

“Today, just over a quarter of UK board members at listed companies are women, but what worries me is that there has been a decline in new appointments over the past six months, and only seven of these women are also CEOs,” Chande said.

“This is especially true in the retail sector, where well over half the workforce, and in most cases the majority of the customers, are female.”

According to Debenhams group trading director Suzanne Harlow, an estimated 60 per cent of UK retail workforce are female and they account for 80 per cent of purchasing decisions.

However, the proportion of gender balance in the boardroom becomes distorted with each step up the corporate ladder.

“Yet only 10 per cent of executive boards in retail are female.

“If the stats read like this for a female-dominated workforce, what must they be like in careers where the majority of the work force are male?”

Some would argue these figures simply reflect a gender-centric interest in these roles. Statistics indicate that one in five graduates of business and finance, or sciences and engineering, are female.

Meanwhile, four  per cent of British women are engaged in entrepreneurial activity, compared to nine per cent of men.

“I absolutely reject the notion that women are in any way less interested in, or capable of, starting or leading businesses,” Chande said.

“Women in the USA, for example, are twice as likely to be entrepreneurially active as women in the UK.

“So there is clearly something about our systems, biases and beliefs that are holding women back.”

Davis agreed: “The number of women going from a corporate role to an entrepreneurial role is increasing faster than men, as they leave their work place to have their first child.”

Harlow also highlighted that there are also no shortage of success stories.

“The amount of female entrepreneurs in retail such as established players like Jo Malone, Laura Tenison of JoJo Maman Bebe, and Chrissie Rucker of the White Company to the newer generation of entrepreneurs (such as) Sharmadean Reid of Wah Nails and Alex Brownsell of Bleach London demonstrates female ability and interest in creating successful businesses,” she said.

It is clear that the issue cannot be attributed to lack of available talent, neither can it be blamed on a shortage of ambition or drive in the industry. So what exactly is it that is holding women back in retail?

As head of an organisation which works to highlight these issues, Davis identifued three areas of “blockages” to women progressing.

“(Firstly,) a lack of female role models,” she said.

“If you‘re a young middle manager with aspirations for the boardroom, and all those senior members are men, it‘s very hard to see how you‘d achieve that success.”

Chande added that research has shown people tend to “hire in their own image” and like to do business with people like themselves. She said that with no women in the boardroom to begin with, this was a significant hurdle.

Davis said the second obstacle facing women was known as “the confidence conundrum”.

“If those boards are run by men, where 90 per cent of purchasing decisions are made by women it‘s unlikely they‘re going to be understand their customer as well as they might.”

“The way this issue manifests itself in the workplace for women rate their credibility for a potential role based on experience and so to therefore do their employers,” she said.

“They will put themselves forward for a job when they can tick 80 per cent of the boxes. Typically, a man will put himself forward when he feels he has 20 per cent of experience but the potential for the rest.

“One of the changes just one of retail partners have made is to ask different interview questions depending on gender. This is quite controversial but very interesting.

“The third (obstacle) is all about flexibility, balancing home commitments and work commitments. Women still doing the lion‘s share of the house and family responsibilities.”

Despite this being a firmly-rooted  issue of ingrained cultural gender bias, it is also  a big issue for businesses’ fincancial  success.

“Many studies have been done on the untapped economic potential of engaging more women in business and enterprise,” Chande said.

“It‘s in all of our best interests to try and tackle this gap.”

Recently, Next founder George Davies spoke out about how important it was to have women in top retail positions.

“If there was better representation of them (women) in executive teams, maybe the high street wouldn’t be struggling as much as it is,”  he  told BBC Radio 4 last month.

“(Women) work quicker and harder than men. The retail industry needs people who visit stores and understand customers and that’s why I think the gender mix on executive boards should be at least equal.”

Davis echoed this, pointing out that successful businesses depend on having decision makers who truly understand their customers.

“You need people within the business, especially at the top table that represent that viewpoint,” she said.

“If those boards are run by men, where 90 per cent of purchasing decisions are made by women it‘s unlikely they‘re going to be understand their customer as well as they might.”

In order to try and make some headway in balancing the boardrooms, many key influencers have joined the Next founder and speaking about it publicly, including Debenhams chairman Sir Ian Cheshire and John Lewis chairman Sir Charlie Mayfield.

However, the most significant real world impact has been made by Lord Davies of Abersoch.

Every year the  Davies Report  outlines how much progress has been made in evening out the top positions, and for four years since the report has been running, government guidelines have been imposed urging businesses to enact changes.

Last year was the first year that there were no all-male boardrooms in the FTSE 100, and the representation of women in the FTSE 250 has more than doubled.

Chande said it was the leadership from within companies that made these differences.

“As a respected FTSE chairman, Lord Davies has led by example, and has used his own personal equity to lead hundreds of private and public conversations on this subject,” she said.

Although the reports and government targets have been successful in making some changes, opinion is divided into whether they are necessary — some businesses even believe it could have a negative effect as it is something being imposed on them.

“What we‘d like to think is that in retail it‘s possible for the business to be self-regulating,” Fiona Davis, of Women in Retail, said.

“What we‘re trying to do is get industry leaders together to determine ourselves what the solution to the problem is.

“We believe businesses themselves are better positioned to determine how to make that change.”

Chande added: “It can also call into question some appointments. I want all women to feel like they were appointed because of their competence, not to fulfil a quota.”

What is fairly unanimous is that whether the quotas are beneficial or not, shedding a spotlight on the issue is key. Without a clear solution to the problem, there are multifaceted issues that must be addressed.

According to Harlow, one way to do this was to ensure more female role models at the top of organisations to instill confidence in women that they can do the job.

“A culture of inclusivity and celebrating success at every level will help women see and believe that they are empowered to progress their career,” she added.