Sir Philip Green allegedly offered £250 million towards BHS’s pension black hole, £100 million less than what the Pensions Regulator has demanded, according to the BBC.

The regulatory body yesterday confirmed it has taken the first steps of enforcement action against Green and Dominic Chappell – to whom the billionaire infamously sold the high street stalwart for £1 in March 2015 – “to seek redress on behalf of the BHS pension schemes”.

When the department store chain collapsed in April this year – just over a year after it changed hands – it not only left 11,000 unemployed but also a £571 million pension deficit that has fallen into the Pension Protection Fund (PPF).

According to the BBC, the Pensions Regulator is reportedly pursuing Green for a payment of £350 million – but the billionaire offered £250 million.

Green‘s net worth is widely believed to be around £4.1 billion.

The retail tycoon – whose Arcadia Group empire also owns brands like Topshop – pledged to MPs in June that he would “sort” BHS‘ pension deficit, but no deal with the Pensions Regulator has emerged.

In a statement, the watchdog said it has started enforcement action because it has yet to receive a “sufficiently credible and comprehensive offer” from Green.

It warning notices to Green and his holding company Taveta, as well as Chappell and his firm Retail Acquisitions, which set out evidence to support the use of the regulator’s powers to demand a “specified sum of money” and to “put ongoing support in place for a pensions scheme”.

Green has since refuted the regulator.

“I have provided the regulator with what I believe to be a credible and substantial proposal, with evidence and bank confirmation of cash availability, which would prevent the scheme from entering the Pension Protection Fund,” he said.

“This is in order to achieve a better outcome for the BHS pensioners.”

Work and Pensions Committee chairman Frank Field, who co-led the parliamentary inquiry and report into the collapse of BHS, demanded that Green “make his proposal public”.

“I challenge Philip Green to make his proposal public,” he told the Press Association.

“The Pensions Regulator shouldn’t settle for a penny less than what is owed and he should get his cheque book out.” 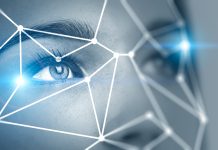