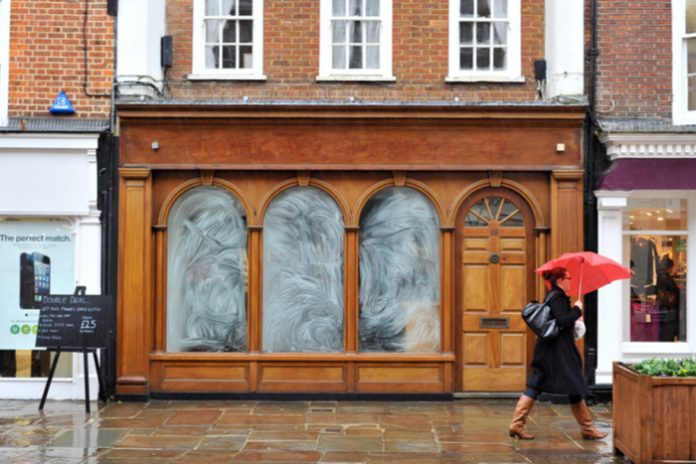 At its peak in 2017 the retailer had 150 stores across the UK, but a year later it fell into administration. It permanently close its doors on the high street in the early days of the pandemic.

The collapse meant the loss of 2500 jobs and 79 stores after failing to secure a rescue deal.

While it no longer has a presence in the form of a standalone shop, Mothercare products can be found in Boots stores across the UK.

The business also continues to have a franchise operation overseas.

The historic department store chain, founded in 1881, opened its doors for the final time in March last year, when the pandemic first started to have a knock-on effect on retailers.

Beales tumbled into administration in January 2020 and almost immediately closed down 12 of its 23 outlets.

The retailer employed approximately 1050 people before announcing the first raft of store closures.

However, Beales was forced to permanently shut its remaining 11 stores two weeks earlier than planned, due to the coronavirus outbreak.

The company’s 70 Carphone Warehouse stores in Ireland still remain open and its international operations were unaffected by the UK store closures.

The retro-inspired fashion and home retailer tumbled into administration in April after a downturn in profitability, resulting in 60 UK store closures and the loss of 900 jobs.

However, Cath Kidston did made a small high street comeback ahead of Christmas last year by reopening its flagship store in London’s Piccadilly – although it said it was an “experiential” store to showcase products it will sell online.

Cath Kidston’s network of stores overseas were not affected by the store closure scheme in the UK.

The formal menswear retailer – which first opened in London in 1891 – saw sales nosedive after the pandemic struck, weighing on the already troubled company.

Early in 2020, TM Lewin was bought by Stonebridge Private Equity through its subsidiary Torque Brands. Two months later, the new owners revealed plans to close the 122-year-old firm’s entire network of 66 shops, with the loss of around 600 jobs.

TM Lewin has now switched to an online-only operation in a bid to save the brand in the post-Covid retail environment.

Over 1800 jobs were lost after sister fashion chains Oasis and Warehouse, founded in 1991 and 1976 respectively, announced they would not reopen any of their stores again in April.

The Oasis Warehouse Group, which had 92 shops, 437 concessions at department stores, and also operated The Idle Man online menswear store, had been owned by failed Icelandic bank Kaupthing.

Last year it filed for administration and closed their doors for good after failing to find buyers for the business.

However, Boohoo Group stepped in at the last minute and Oasis and Warehouse are now available to shop via Boohoo’s website.

The deal with Boohoo Group did not include Oasis and Warehouse’s high street presence, and The Idle Man’s ecommerce website is also no longer active.

Oliver Sweeney shuttered all its stores for good when it hired administrators during summer last year after it continuing trading struggles.

The footwear retailer closed its five stores in London’s Mayfair, Leadenhall Market and Covent Garden, Manchester and Leeds, but said it would continue to operate online.

Chief executive Tim Cooper said he would continue to lead the business, adding that he was “disappointed” about the store closures but was “confident” about shifting the group online.

Plus-size clothing retailer Evans became the first in Sir Philip Green’s Arcadia Group retail empire to be bought out of administration in December.

However, the £23 million takeover by Australian firm City Chic did not include Evans’ bricks-and-mortar business.

As a result, 100 Evans concessions and outlets within other Arcadia stores were permanently closed, as well as five standalone stores.

Founded in 2009 and owned by the former footballer Dave Whelan, DW fell into administration in August last year.

The sporting goods retailer said it had been impacted by the government-enforced closure of its gyms and stores amid coronavirus lockdown measures.

DW Sports operated 73 gyms and 75 retail sites across the UK and employed more than 1700 people.

However, Ashley did not acquire the DW Sports name. The gyms acquired will be re-branded under the Everlast Fitness Club brand already owned by Frasers Group. The future of the DW Sports retail stores is not yet clear.

Last year US-based fashion retailer J. Crew closed all six of its stores in the UK and liquidated its business on this side of the Atlantic, leaving its employees redundant.

The rent-to-own retailer fell into administration in March last year, placing the 2400 jobs from across 240 stores at risk.

All stores were forced to close amid coronavirus lockdown measures, and it now appears they will not reopen.

Who will be next?

Many retailers struggled throughout 2020 and entered insolvency without yet disappearing from our streets for good.

Yet retail analysts have predicted that some of these debt-laden businesses could soon join the list of those disappearing.

For example, Debenhams is expected to cease trading for its final time in the coming weeks, saying it would shut all its stores by March at the latest unless a remarkable rescue deal is secured.

The department store chain is currently going through liquidation and selling off stock after talks with JD Sports over a potential deal collapsed in December, bringing Debenhams’ administration to a heartbreaking end.

Other big retailers that have entered administration and have an unclear future on the high street include the many fascias within Philip Day’s Edinburgh Woollen Mill Group, as well as the remaining fashion retailers in Arcadia Group.