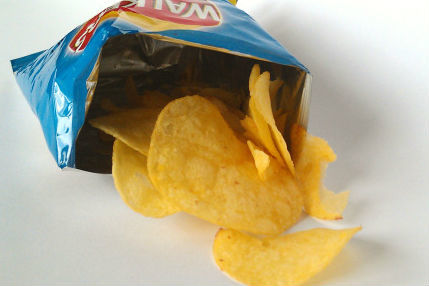 The battle between suppliers and retailers saw its biggest development since “Marmitegate” over the weekend as Birds Eye and Walkers began demanding retailers pay 12 per cent more for their goods.

Joining Typhoo tea and Unilver in what is being dubbed an industry-wide dispute between suppliers and supermarkets, Birds Eye have even threatened to reduce pack sizes in the UK to offset cost increases, according to The Guardian.

The majority of Birds Eye‘s price rises are around five per cent, but in some cases they asking for a rise of upwards of 10 per cent.

As the value of the pound has plummeted by nearly 20 per cent against the US dollar, the food supplier has stated that it must absorb the rising costs of raw materials which are valued in dollars.

Birds Eye UK managing director Wayne Hudson told The Guardian that his company is working closely with retailers to “minimise any impact on our customer.”

“Our first priority is always to the people who buy our brands and we are committed to ensuring they get the best quality products that provide value for money,” he said.

Walkers has made a similar bid to raise prices of its items asking between five and 10 per cent more.

As the crisp brand owned by PepsiCo sources it potatoes from the UK, retailers have dubbed the move “massively opportunistic”, according to Retail Newsagent.

Discussions over prices reportedly began shortly after the spat between Unilever and Tesco was made public.

Although Tesco have not revealed what deal they made with the supplier, Morrisons has bumped up the price of Marmite.

Inflation soars past Bank of England & analyst targets to 2.1%...