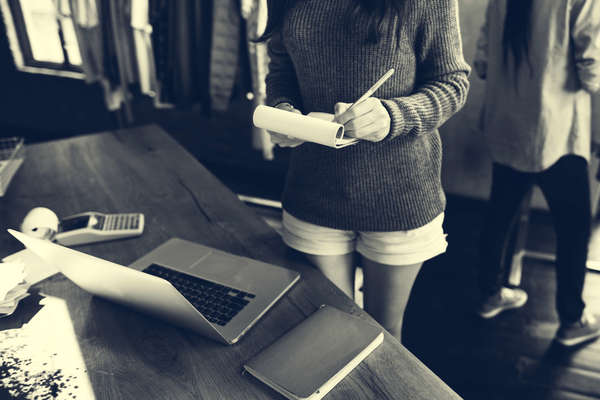 The new year is traditionally a time in which people start fresh, and for many this involves considering a new career path. According to the National Employment survey, one in four retail employees are already on the hunt for a new role in 2017.

Sixty per cent of retail workers say pay is their biggest concern, and 59 per cent say they are considering moving jobs. CV Library recently reported that the retail sector posted just a three per cent growth in 2016, while other sectors such as design rose by 43 per cent.

The start of  2017 does have its upsides though, with job market confidence rising by eight per cent, and the Confederation of British Industry (CBI) predicting a bumper year for jobs across all industries.

A key issue facing retail employers and staff alike this year will be the fate of EU workers, who as Next boss Lord Wolfson highlighted, contribute significantly to the sector.

READ MORE:  The changing face of the retail industry

“As no one really has any idea of how Brexit will play out, few retailers have committed to any concrete employment strategies, however there is a chance – if freedom of movement laws are impacted – that customer service workers could be in significant demand over the coming years,” Venquis retail team leader Amar Chohan said.

Richard Ashcroft, managing consultant at retail recruitment specialist firm Quest, added: “Until all cards are on the table, it is highly unlikely that an employer will take the risk of employing EU nationals, particularly if additional costs/visa complications are involved.”

“This is something we see already, when employers compare UK passport holders to overseas candidates.

“These are unprecedented times, but we would expect a level of leniency given to existing UK-based EU employees.”

While Brexit is concerning for both sides as it represents uncertainty, 2017 is at least certain to see the National Minimum Wage rise to £7.50 per hour as Prime Minister Theresa May continues to drive the issue forward. This is felt no where more significantly than in the high staff turnover in companies across the retail sector.

“Rising wages in retail are certainly suppressing vacancy growth, but this is nothing new,” Ashcroft said.

“Pressure on businesses to strip out cost has been weighing heavy on them ever since 2008.

“Probably the number one complaint we have been hearing recently from disgruntled retailers is the pressure on them to reduce man hours.”

Michael Page operational director Oliver Nevel said: “With an increase in work-life balance as well as wages, we can predict that there will probably be fewer job openings at a lower level in retail, due to a decrease in staff turnover.

“We can also note that more retailers are also showing a higher interest in the experience of recruitment and its processes. This means that companies are recruiting more relevant candidates from the start, which also results in a lower percentage of staff turnover.”

The rising wage costs for retailers has already seen a rise in the introduction of automation throughout 2016 and the coming year is predicted to see this rise, along with a host of innovative solutions aimed at reducing costly man hours.

“There will of course be gimmicks and in the example of Amazon Go‘s checkout-free concept, we see a glimpse of the future, but there is still no viable robotic substitute for the wider bricks and mortar estate,” Ashcroft said.

“Humans do still enjoy human interaction, at least for now.”

Chohan added: “Projects like Argos‘ 24-hour delivery and Amazon moving into grocery retail are just a sign of things to come.

“And of course, retailers will continue to invest heavily in order to develop more robust online capabilities, which creates a need for IT infrastructure to meet the demand that retailers anticipate and therefore a need for technological expertise.

“In addition, it‘s highly likely that brands will be seeking out big data specialists. This is due to the fact that the market is ever more targeted and we live in an increasingly information-led society.”

These developments do not necessarily mean problems for either retailer or employees, as better paid, less menial jobs begin to become  the norm and employers seek to “reward performance rather than hours of work”.

“Increasing automation will only lead to better customer experiences and therefore better sales, so it should be seen as a positive development,” Chohan said.

“We‘re still some way off robots populating our stores and stacking our shelves and while it‘s likely that as the industry grows some traditional roles may disappear, new opportunities for employment will continue to evolve for the considerable future.”