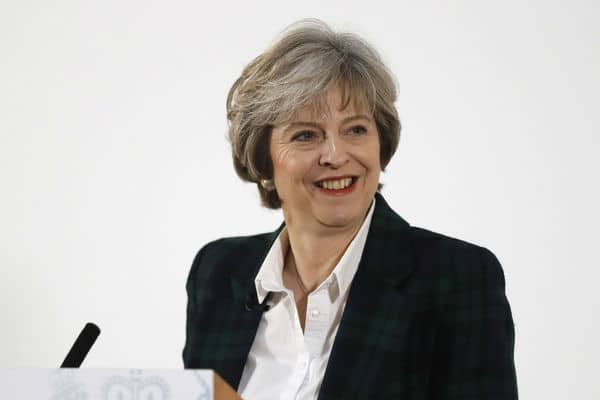 The latest chapter in the intensifying business rates row has seen Prime Minister Theresa May confirm that help will be provided to small businesses hardest hit by the looming rates revaluation.

Westminster Hall was told today that “appropriate relief” would be made available to businesses that are “particularly adversely” affected by the reforms, which come into effect on April 1.

The news follows growing discontent from a growing number of MPs in her party over the impact the rates changes will have on many struggling businesses, especially retailers.

“Business rates are based on the rental values of properties,” May said during PM Questions.

“The rental values of properties do change over time, they go up and down.

“And so it’s right that rates change to recognise that.

“That’s the principle of fairness that underpins the business rates system.

“We also, though, want to support businesses and recognise that for some, business rates will go up when these revaluations take place.

“That’s why we have put significant funding in place for transitional relief.

“But I recognise that there has been particular concern that there will be some small businesses that are particularly adversely affected by the result of this revaluation.

“That’s why I’ve asked the Chancellor and the Communities Secretary to make sure there is appropriate relief in those hardest cases.”

He has said a campaign of “half truths” was behind the criticism on the business rate changes and he has also been accused of misleading the public over its impact on businesses.

Yesterday, Treasury sources indicated that as a result of a meeting with the Tory backbench 1922 Committee, Chancellor Philip Hammond was looking at a long-term solution to even things out between the bricks-and-mortar retailers and the online retailers whose out-of-town warehouses benefit from lower rates.

A Downing Street spokesman has since confirmed that a £3.6 billion fund had been set up to ease the transition for businesses that see their rates rise.

The spokesman added that May had not confirmed any new money for this fund, but the Chancellor and Communities Secretary were asked to ensure it was effectively distributed.

“We are mindful of the fact that some companies are going to see their rates go up,” the spokesman said.

“That is why we are introducing this £3.6 billion transitional fund to ease the transition for those most affected. I think the Prime Minister is making sure that that assistance is going to the right areas.”

The business rates controversy has dominated headlines in the past few days, with several high-profile business and retail groups, influential figures such as Mary Portas and London Mayor Sadiq Khan, as well as Sansbury‘s chief executive Mike Coupe all weighing in on the debate.