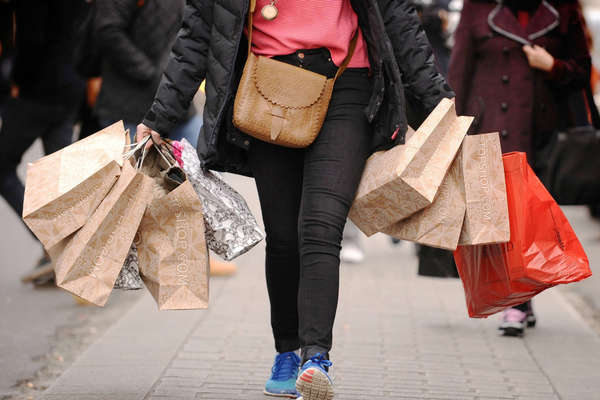 Retail, like any business, depends on forward planning and smart investment, which in turn relies on accurate information — such as consumer confidence.

Consumer confidence is something companies invest thousands of pounds and man hours into researching, and three separate and highly-regarded surveys relating to that research have already been released this month, with conflicting results.

Is this a product of a turbulent and confusing economic landscape or are the results simply inaccurate?

More importantly, what is the value of this information to retailers and what effect can it have on the industry?

What is consumer confidence?

Consumer confidence is a measure of optimism in the economy, calculated by measuring things like how much people are saving and spending.

A monthly survey is conducted by numerous companies including GfK, Nielsen, YouGov and British Retail Consortium (BRC) tracks the country‘s inflation, unemployment, changes in personal finance, and rates of spending and saving.

Perhaps the most respected survey within the industry is GfK‘s survey, which questions around 2000 consumers on their outlook for the coming 12 months. Each survey has its own varying methodology, but stick to this general format.

Despite these variables, they all work on the assumption that the more optimistic consumers are about the country‘s economic climate, the more they are likely to spend. That‘s where retailers come in.

Can retailers rely on it?

Surveys and polls have come under major scrutiny recently, as neither predicted with any measure of accuracy the Brexit referendum result in June nor the US presidential election result in November.

The conflicting results on consumer confidence from various sources has also thrown their reliability into question.

There is also a notable divergence between the sharp decline in consumer confidence since the Brexit vote, and consumer spending, which so far has stayed relatively unaffected.

“The surveys themselves reflect actual opinions, so in terms of accuracy they are all “accurate”. However, what is imprecise is consumer sentiment,” Enflux‘s European vice president Philip Guarino said.

“This is an extraordinarily volatile time in the UK; the government has shown itself to have an unclear path with regards to Brexit and this has businesses and consumers nervous.

“The weak (and still volatile) pound is beginning to usher in inflationary pressures which consumers are starting to feel. The trouble is that these negative factors are not happening all at once or in a linear fashion- and this feeds uncertainty.

“Surveys are certainly useful as they do reflect sentiment. I wouldn’t say retailers should ignore them but they should take them in the current context, a context of volatility.”

KPMG partner David McCorquodale in a recent report said “measuring consumer confidence is an attempt to evaluate consumer mind-set and is not something that can be compared across other measures at an absolute level”.

Despite this, there is a long-standing correlation between consumer spending and consumer confidence. It is notable that shock events often reveal a divergence between the two.

Experts have suggested consumers can have a negative outlook, but it will not change spending habits until they are personally effected. This can create a lag between sentiment and spend.

How important is it for retail and the UK economy?

Bank of England governor Mark Carney has stated that the UK’s economy is relying more and more upon consumer spending.

It accounts for roughly two thirds of the country’s GDP and is predicted to continue to increase. Assuming the correlation between consumer confidence and spend is reliable, then its relevance becomes clear.

Guarino said consumer confidence “has a tremendous effect on retailers”.

“(It) is critical as consumption represents a very large portion of the British economy,” he said.

“A fall in confidence can have ripple effects, pulling the economy and retailer performance down even further.”

“Generalists win by skimming more markets and persuading those already in store to buy, whereas specialists operating in non-essential categories are easily avoided by cash strapped customers”, he said.

“Today, many retailers are talking about the shift towards experience and away from product ownership.

“Therefore an increase in confidence does not necessarily translate into higher spend in stores but on leisure activities. This is especially acute in apparel.

“Consumer spending is more driven by disposable income and personal choice than confidence measures. Retailers have to fight for that share of wallet but can run strategies to benefit from macro confidence as well as micro confidence.”