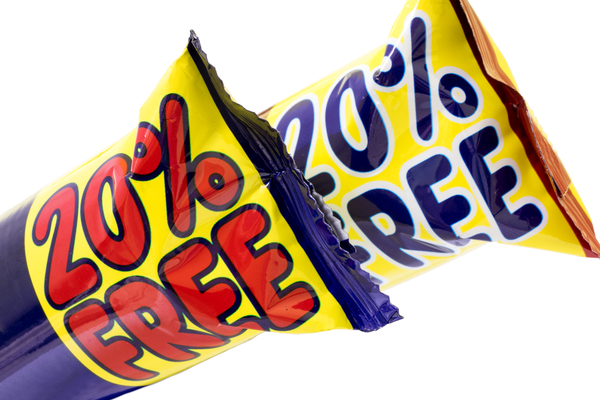 The report also urged MPs to introduce legislation which forced retailers to do more to tackle the issue through preventing promotion of unhealthy products.

Following this, Public Health England released new industry guidelines for a sugar reduction programme, building on last year‘s announcement of a sugar levy, which will be implemented next month.

This will target manufacturers of both soft drinks and sugary chocolate snacks in order to reduce sugar levels by 20 per cent by 2020.

As the debate rages over falling tobacco sales hitting retailers thanks to recent packaging measures, many have raised similar questions about sugar. Should retailers be held responsible for childhood obesity?

“It is the collective responsibility of brand, retailer, government regulation, guidance and education, and the consumer,” said Ed Silk, head of Bulletproof, which works with companies like Fanta and Cadbury regarding their position in the sugar debate.

“But retailers could do more to address this issue, that is no [buy one get one free] on high-sugar items, no end of aisle promotions, less shelf space allocated to products that are deemed unhealthy.

“That said, it would hit their profitability initially and might be meet with consumer backlash of ‘don‘t tell me what to buy’, yet that is exactly what retailers are already doing.

“I would argue that they have a moral obligation to restrict what people are exposed to in their stores. Otherwise, if you take the view to the extreme, they are simply killing off their consumer.”

Moral obligation is just one of the key factors retailers have taken issue with following the new guidelines.

When the sugar levy on soft drinks was announced last year, Oxford Economic‘s think tank suggested that it could cost the industry 4000 jobs and cost a further £132 million in economic contribution.

READ MORE: Sugar Levy: what difference will it make?

With the stakes seemingly high, many have questioned whether the measures will even be effective.

Consumer behavior consultancy Canvas8‘s Sam Shaw points out that there is growing evidence to suggest it might not be.

“The sugar tax will be implemented in April 2018. The idea behind the sugar tax is simple: an increase in price will lead to a decrease in consumption, and healthier consumers as a result,” he said.

“Yet while it works to an extent – a similar tax in Finland saw consumption fall around three per cent over two years – this is a very simplified view.

“‘Sin taxes‘ and ‘sugar taxes‘ specifically are not new and have been tested in Mexico, Hungary, Finland and Denmark and to an extent through soda taxes in many US states. The overall impact on consumption of sugar has been limited.

“Just because people are told something is bad for them or that it will cost more, that doesn‘t mean they‘re going to stop eating or drinking it.

“This demonisation of sugar will push fizzy drinks to be perceived as ‘special treats’, which are far more about the emotional play and experience than anything else. Brands in this space will move towards promoting indulgence and pleasure.

“You can see this in Coca-Cola‘s repositioning to ‘taste the feeling‘ – taste, after all, is the main driver in food choices. We’ll see this manifest in the digital space with a greater focus on experiential storytelling.”

Despite clear concerns for retailers, food producers and their margins, the child obesity epidemic isn‘t going away anytime soon.

Retailers are seen to be part of the problem, but they do hold the power to implement changes which could benefit the health of a generation.

Many alternative methods to a “sin tax” have been proposed which could offer effective results without creating hefty dents in the retailer‘s margins.

“The choice of ‘kids’ products’ out there is dire,” she said.

“It’s largely full of junk and works in retail because it’s backed by big marketing and advertising budgets and will deliver a certain margin and profit.

“The parents would be much more likely to make healthy choices if there were more healthy choices out there. Retailers should be encouraged to stock much healthier products and more of them to give consumers a choice of good products rather than rubbish.

“There could be some sort of tax break or other financial incentive for the retailer in doing this that would enable them to keep their financial targets on track.

“What small producers lack in marketing spend could be made up for by retailers investing in their own marketing media to let consumers know what they are selling.

“Retailers need to trust that if healthier products are available, parents will be buying them in the droves, they will literally fly off the shelves as what is out there right now is so woeful that an improvement would be warmly welcomed by parents.

“Some might say this is an idealistic stance. I say give parents the choice and the chance to prove they’ll choose wisely.”

The other side of Brexit: A snapshot of Europe’s retail outlook

Summer vs Christmas: Which seasonal campaigns are more important?