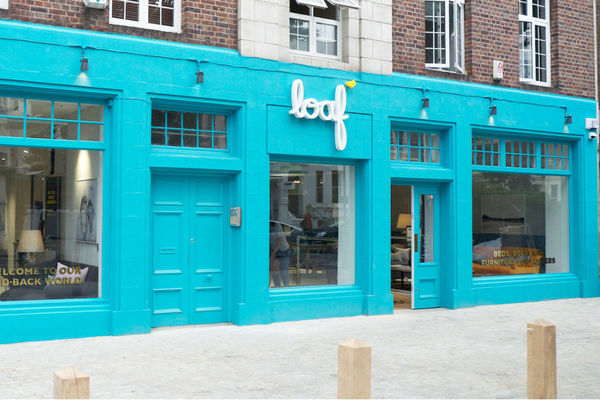 The 3200sq ft Spitalfields store is slated to open in May in the historic Exchange Building, which was originally designed for telephone operators in the early 1900s.

Meanwhile, the 5500sq ft Guildford shop – Loaf‘s first store outside of London – will open in October as part of the 80,000sq ft Tunsgate Quarter development opening the same month.

Established in 2008, Loaf was initially online-only evolving into a “bricks-and-clicks” furniture retailer, opening its first showroom in Battersea in London‘s south in 2015.

“Successful launches of Battersea and Notting Hill prove that a large number of our customers want to see and touch our products before they buy,” Loaf founder Charlie Marshall said.

“Our physical spaces are all about bringing that brand magic to a wider audience, working seamlessly with our website and brochures.

“For us it‘s all about an enriched customer experience that focuses on insanely good quality products and knock-out customer service.”

Loaf said additional showrooms are expected to open in the next few years.