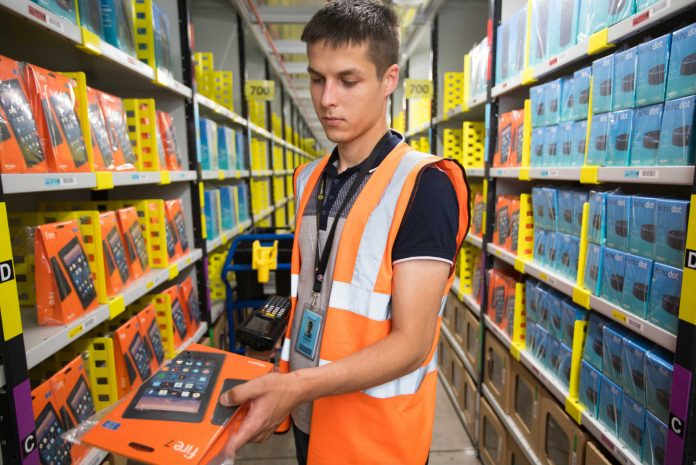 However, Amazon has not yet disclosed the full sales figures and growth statistics for comparison.

Sales growth for small businesses and entrepreneurs that used Amazon as an ecommerce platform also reportedly had higher sales growth than ever before.

The retailer said the most popular purchase on Prime Day in the UK was the Amazon Echo, while the most popular non-Amazon product was the TP-Link Wi-Fi Smart Plug, which works with Alexa or Sony Playstation 4.

READ MORE:  Prime-mania 2017: What to expect from this year‘s Amazon Prime Day

A whopping 232,000 home improvement products were also bought with over 37,000 power tools ordered, and over 31,000 exercise and fitness products plus 13,000 sports shoes were bought.

“Prime members in the UK have loved Prime Day, in fact the day was our biggest day of the year so far and by 9pm customers had already ordered more items than Prime Day last year,” Amazon UK country manager Doug Gurr said.

On a global scale, the Echo Dot was the most popular item sold, more than 3.5 million toys were purchased — 309,000 of which were made in the UK — and more  new members joined the Prime service on July 11 than on any single day in Amazon’s history.