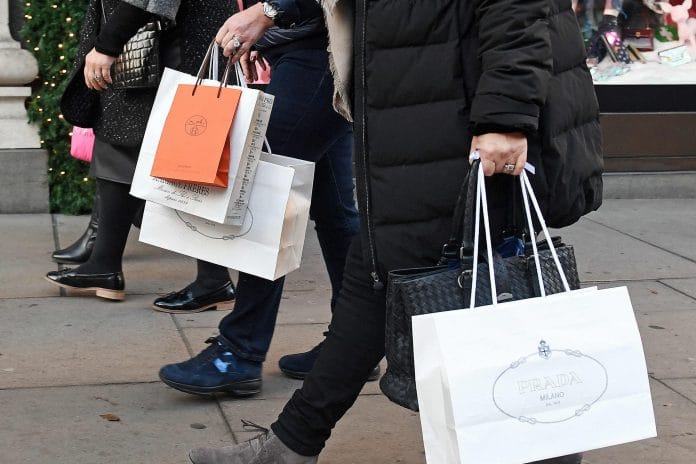 According to the BRC-KPMG Retail Sales Monitor, UK retail sales in September increased by 1.9 per cent on a like-for-like basis compared to the same month last year, when they had increased 0.4 per cent from the preceding year.

While furniture, electricals and other big ticket purchases struggled, essentials such as back-to-school items and winter clothing performed well.

September was also another strong month for food and grocery sales, albeit this was driven by rising prices and inflation.

BRC chief executive Helen Dickinson said that at first glance, overall pace of growth in September should be welcome news.

“Looking beneath the surface though, we see that much of this growth is being driven by price increases filtering through, particularly in food and clothing, which were the highest performing product categories for the month,” she said.

“Retailers have worked hard to keep a lid on price rises following the depreciation of the pound, but with a potent mix of more expensive imports and increasing business costs from various government policies, something had to give at some point.

“From a consumer perspective, spending is still being focussed towards essential purchases; with consumers buying their winter coats and back to school items, but shying away from big ticket items such as furniture and delaying the renewal of key household electrical goods.”

Over the three months to September this year, in-store sales of non-food items declined 1.5 per cent on a total basis and two per cent on a like-for-like basis.

In the same three-month period, food sales increased 2.5 per cent on a like-for-like basis and 3.5 per cent on a total basis. This is above the 12-month total average growth of 2.9 per cent, the highest 12-month average since August 2013.

Non-food retail sales increased 0.5 per cent over the last three months on a like-for-like basis and 0.9 per cent on a total basis, above the 12-month total average growth of 0.7 per cent.

Meanwhile, online sales of non-food products grew 10.7 per cent in September, above both the three-month and 12-month averages of 10 per cent and 8.8 per cent respectively.

“Online has been the biggest beneficiary of the resilience in consumer spending capacity in the last two months, sustaining a return to double digit year on year growth figures as shoppers responded well to discounts and the ongoing investment by retailers in improving the mobile shopping experience,” Dickinson said.