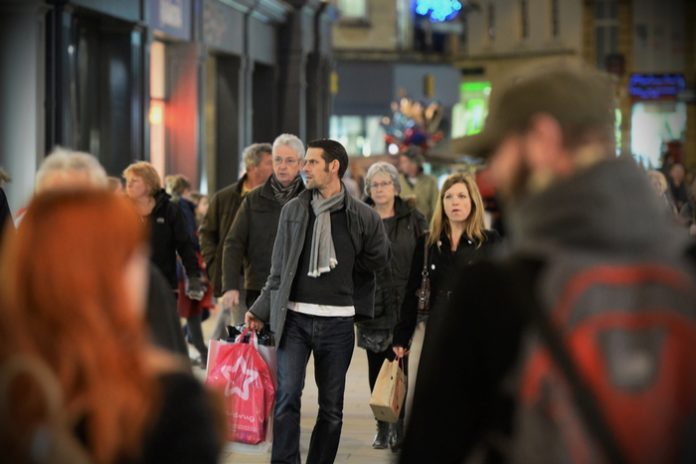 Consumer confidence in the UK unexpectedly inched up to a four-month high in September, as shoppers defied Brexit jitters and price rises.

According to the closely-watched and long-running monthly Consumer Confidence Index from GfK, despite the rise, people became gloomier about the state of their finances and dipped into their savings to meet the price rises.

GfK‘s index climbed to -9 in September from -10, against predictions for a dip to -11 according to a Reuters poll of economists.

The one-point rise was driven by increases in measures for major purchases index and for the general perception of the economic situation.

GfK also said consumer morale had risen for the second month in a row, although it still remained below levels seen before the General Election in June and the bigger showed that consumers were actually in a mixed mood.

“Consumers appear to be in a mixed mood – with some confidence measures up and others down – yet there‘s a strong note of defiance,” GfK head of market dynamics Joe Staton said.

“Confidence in personal finances, both looking back and ahead a year, has slipped this month but retail sales in the UK continue to grow despite non-food prices increasing at their highest rate for 25 years.”

Staton added that despite inflation and weak wage growth, consumers still continued to spend, “partly by running down savings and/or borrowing more”.

He added: “It‘s live now, pay later. This defiant consumer mood seems to be the ‘new normal‘. But how long can it last?”

The news comes the same week as analysis from YouGov/Centre for Economics & Business Research, which showed that consumer confidence has improved again and had risen to the highest level in six months.