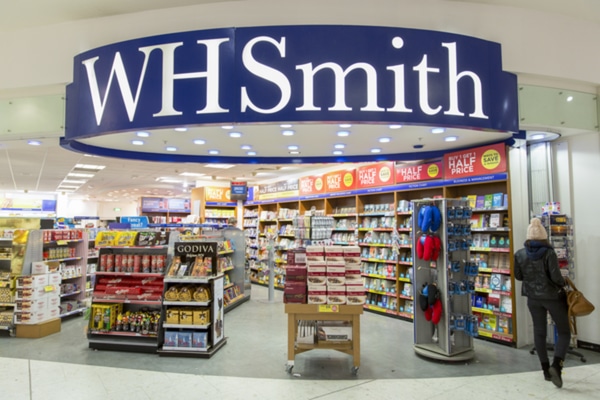 High street staple WHSmith has revealed its travel arm now accounts for over two thirds of its profits amid its annual results.

In the year to August 31, the stationery retailer saw profits jump seven per cent, driven by a 10 per cent boost in its travel arm to £96 million.

Overseas stores accounted for around £9 million of this.

Despite this, WHSmith‘s share prices dipped two per cent even after it saw a 10 per cent rise in shareholder dividend payouts to 48.1p.

“The travel business continues to perform well with strong revenue growth, up nine per cent in the year,” chief executive Stephen Clarke said.

“For the first time, revenue in travel has overtaken high street, and travel is now the largest part of the group in both revenue and profit.”

“With travel becoming the major contributor to group performance, these results mark an important milestone for WHSmith,” he said.

“The trend is only likely to continue. Travel is an attractive industry, not least because selling impulse products to captive audience is all but immune to online competition.

“Frequently the only shop on a train station platform, WHSmith is able to sustain high margins and sales are resilient – people have to commute regardless of the economic weather, and a paper in the morning or chocolate bar in the evening is a small luxury.

“Overall we like WHSmith‘s direction of travel. Falling sales on the high street will inevitably hit profits eventually, but continued success in travel should mean that‘s a smaller headwind going forwards.”