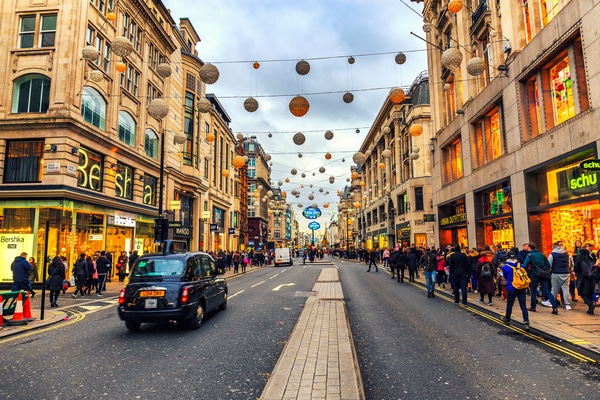 London’s West End has bucked the nationwide slump that’s plaguing the high streets with another year of strong growth buoyed by an increase in international spend.

The retail precinct, which has Oxford, Regent and Bond streets at its heart, has so far welcomed 65 new stores since January 2017 – up from 52 recorded for the whole of 2016.

Despite a tumultuous 2017 and ongoing concerns about the economic impact of Brexit, the business improvement lobby group that represents West End retailers, New West End Company, is predicting a successful end to the year.

Till receipts are forecast to rise by 1.5 per cent to £2.61 billion in the six-week Christmas period, driven by international shoppers taking advantage of the weaker pound following the Brexit referendum.

New West End Company said that of the 200 million visits to London every year, a quarter are international tourists, spending £3.5 billion every year.

The group added that sales to non-EU tourists have already gone up 28 per cent between July and August this year – with sales to Chinese tourists driving this growth, increasing by 59 per cent over the same period.

Meanwhile, 2018 is set to usher in a transformational year, as the new £16 billion Elizabeth Line – or Crossrail – opens two stations along Oxford Street. It is predicted bring an extra 60 million additional visitors and increase turnover by £1 billion each year by 2020.

Technology giant Microsoft has also chosen to open its first ever European store right at the heart of London’s West End at Oxford Circus.

“While many retailers are concerned about the economic future, the West End is in the strongest position to grow as the UK leaves the EU,” Jace Tyrrell New West End Company chief executive said.

“With spending by international shoppers increasing and the Elizabeth Line delivering millions of new visitors and an extra £1 billion in turnover each year, the West End remains the place for retail investment. New West End is focused on maximising these opportunities, whether through advocating for changes to business rates, or securing funding for regeneration projects to make sure every visitor to London has a positive experience of the unrivalled wealth of shopping, leisure and cultural opportunities on offer.” 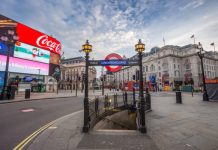 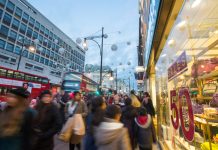