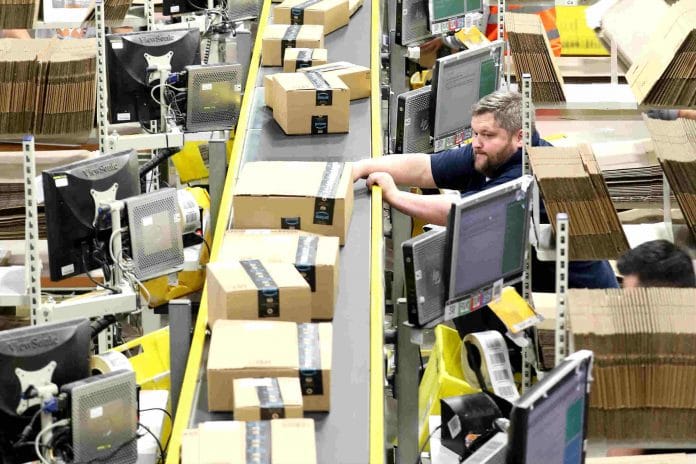 Amazon has announced plans to build a new warehouse in Rugby that will create 400 jobs to help meet growing demand for the online retail giant.

The fulfilment centre in Rugby will be Amazon’s fourth in the Midlands, and will further add to the 2500 permanent jobs it has reportedly already created in the region at warehouses in Rugeley, Coalville and Daventry.

It also adds to Amazon’s £6.4 billion investment in the UK since 2010, directed to its research and development, head office, fulfilment and logistics infrastructure.

The US-based online retailer said it was increasing the size of its UK fulfilment centre network to meet increasing customer demand, expand selection and enable small-to-medium enterprises selling on Amazon Marketplace to scale their businesses.

Amazon said it has started recruiting for a range of new roles for the fulfilment centre, including operations managers, engineers, HR and IT specialists.

Recruitment for the team in Rugby who will pick, pack and ship customer orders will also begin in the coming weeks.

The Midlands will also be home to Amazon’s first dedicated UK receive centre, which will open in Coventry this year and act as a central hub to receive and sort products sold on Amazon.co.uk.

Recruitment for Coventry has begun and will create 1650 permanent jobs.

In addition to Rugby, Amazon has announced plans to open three further new fulfilment centres in 2018 in Bristol, Bolton and Coventry.