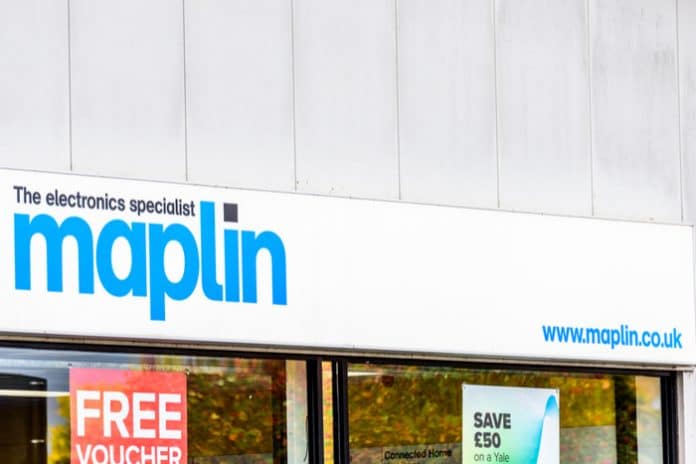 Maplin has officially fallen into administration after talks with potential buyers collapsed at the eleventh hour yesterday.

Maplin has called in administrators Zelf Hussain, Toby Underwood and Ian Green from PwC to handle the process, and stated that it would continue to trade normally as it does so.

However, the future of its 2500 staff and 200 store estate will be up in the air until the administration process is complete.

The news comes after negotiations for a potential rescue deal with Edinburgh Woollen Mill (EWM) Group broke down at the last minute yesterday.

Maplin had a deadline to pay tens of millions in liabilities by the end of this month.

EWM had also been pushing for Maplin’s parent company Rutland to retain a stake in the company and said that it “must be willing to play a role in the future of the company”.

Reports suggest EWM walked away from negotiations because of a disagreement over this proposal.

However, Maplin chief executive Graham Harris has insisted that the reason for the administration is because “macro factors”, not the retailer’s brand or its market differentiation.

“I can confirm this morning that it has not been possible to secure a solvent sale of the business and as a result we now have no alternative but to enter into an administration process,” Harris said in a statement this morning.

“During this process Maplin will continue to trade and remains open for business.

“The business has worked hard over recent months to mitigate a combination of impacts from sterling devaluation post Brexit, a weak consumer environment and the withdrawal of credit insurance.

“This necessitated an intensive search for new capital that in current market conditions has proved impossible to raise.

“These macro factors have been the principal challenge, not the Maplin brand or its market differentiation.

“We believe passionately that Maplin has a place on the high street, and that our trust, credibility and expertise meets a customer need that is not supported elsewhere.”

Maplin entering administration comes less than two months after it was revealed that Oliver Meakin stepped down as chief executive to head up the Gaucho Group restaurant chain.

Meakin had led the electronics retailer since 2015.