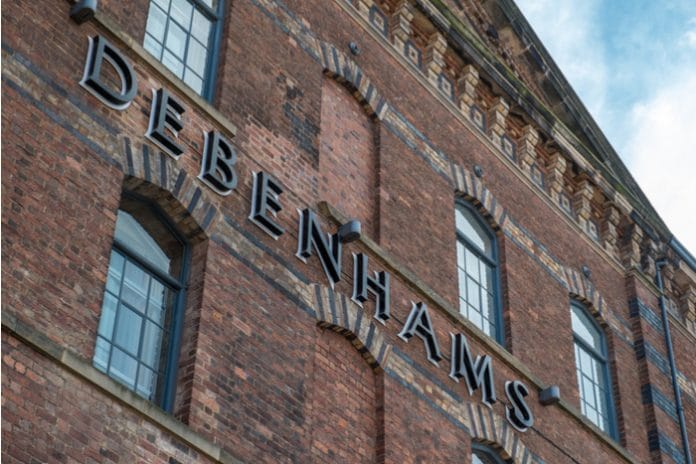 Debenhams has inked a concession deal with French interiors brand Maisons du Monde as part of the retailer’s efforts to revamp trading in its turnaround scheme.

The department store chain said it would launch Maisons du Monde shop-in-shop concessions in three of its stores this spring in Westfield London, Birmingham and Manchester.

The news comes just a day after it emerged that Debenhams was reportedly considering leasing space within its flagship London Oxford Street store to flexible-office provider WeWork as it looks to fill excess space in its larger shops.

It is understood that talks are at an early stage with the hot-desking office firm.

Debenhams chief executive Sergio Bucher’s Debenhams Redesigned strategy, which was first announced last year, have so far included the closure of 10 shops, a slim-down of others, new customer experience initiatives, and partnership deals with external firms.

Last month, Debenhams announced plans to axe 320 store management roles as part of a cost-cutting drive that is included in the turnaround strategy.

The retailer saw its share price slump as much as 24 per cent in January after lacklustre festive sales prompted a profit warning.

Debenhams said it was hoping to improve its trading performance with plans to bring in more concessions partners, such as the new Maisons du Monde deal.

The deal also marks a first step on to the UK high street for Maison du Monde, although it is already available in the UK via a dedicated ecommerce platform.

“We are delighted that Maisons du Monde has chosen to work with us to launch physically into the UK,” Bucher said.

“We believe that its fresh and differentiated ranges will reinforce Debenhams’ position as a major player in the UK homeware and furniture market.”

Debenhams has also come under pressure from its biggest shareholder – Mike Ashley’s Sports Direct – with the firm recently increasing its stake in the department store to 29.7%.

This means Mike Ashley’s company is now just 0.3 percentage points away from the minimum stake in requires to launch a takeover bid of Debenhams.