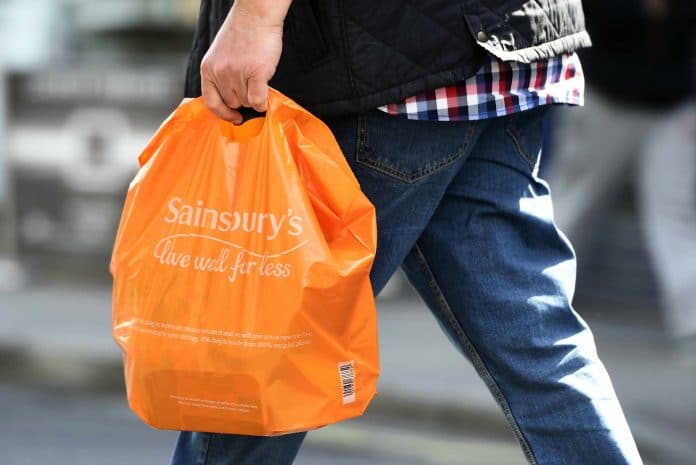 For staff working in inner-London, they will now receive £9.80 per hour.

The move is part of a new £100 million investment scheme, which the grocer said it would fund through ongoing cost savings.

It comes ahead of a further rise in the national minimum wage next month, jumping from £7.50 to £7.83 per hour.

This is set to rise incrementally until 2020 to at least £9 per hour.

The “industry-leading” pay rise now puts Sainsbury’s staff well ahead of its Big 4 rivals in terms of basic pay and makes it the highest-paying major grocer in the UK by some margin.

According to Sainsbury’s, the pay rise will apply to all 130,000 store-staff.

However, it added that “a small proportion of colleagues may be adversely impacted” by its new proposals, which include the removal of colleague bonuses and paid breaks alongside the consolidation of 22 specific roles down to five.

“To support these colleagues, Sainsbury’s plans to make top-up payments for 18 months to ensure that no colleague earns less than they do today during this time,” the retailer stated.

“The retail sector has never been more competitive and we know that our customers really value our colleagues and the excellent service they provide in our shops.

“Which is why we think it is so important to invest further in our colleagues so they feel rewarded and motivated to do the best possible job for our customers every day. We expect the best from our teams and that’s why we’re committing to a leading rate of pay. Great pay for great work.

“Together with our recent proposals to change our management structure in stores, we believe the proposed changes will set us up to run the best shops in the industry, delivering the best possible service for our customers.”