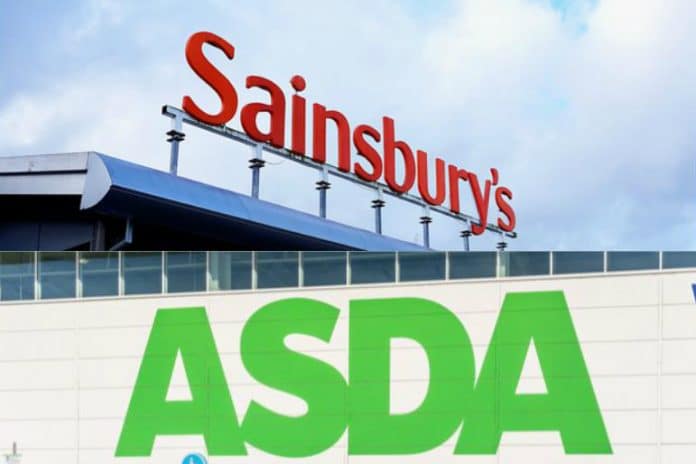 Rival supermarkets Sainsbury’s and Asda have announced a shock £12 billion merger proposal that would create the UK’s largest retail entity.

The pair confirmed on Saturday that they were in advanced stages of negotiations, but details of how the merger would take shape are yet to surface.

Sainsbury’s is due to present its plan to the city on Monday, laying out how the UK’s second and third largest retailers, both with an estimated £23 billion in annual sales, would combine.

This would place the newly formed group ahead of supermarket rival Tesco, currently the UK’s largest retailer with annual sales of £54 billion, in both turnover and market share.

If the deal were to go ahead, it would need to receive approval from the Competition and Markets Authority (CMA), which recently gave the green light to both Tesco’s £3.7 billion takeover of supplier Booker, and Co-op’s £143 million takeover of Nisa.

Sainsbury’s is still settling into a new operating structure following its £1.4 billion takeover of the Home Retail Group, including Argos and Habitat, in 2016.

Despite its recent acquisition drive, Sainsbury’s is expected to post falling full year profits for the fourth consecutive year over the coming week, with analysts expecting a 1.5 per cent dip.

“Sainsbury’s confirms that it and Walmart Inc. are in advanced discussions regarding a combination of the Sainsbury’s and Asda businesses. A further announcement will be made at 7am on Monday 30 April.”

Workers union Usdaw’s national officer Joanne McGuinness added: “We will be seeking urgent meetings with the businesses to get more detail on what a possible merger will involve.

“Our priorities will be to protect our members and ensure any deal between the retailers does not impact on their jobs or incomes.”