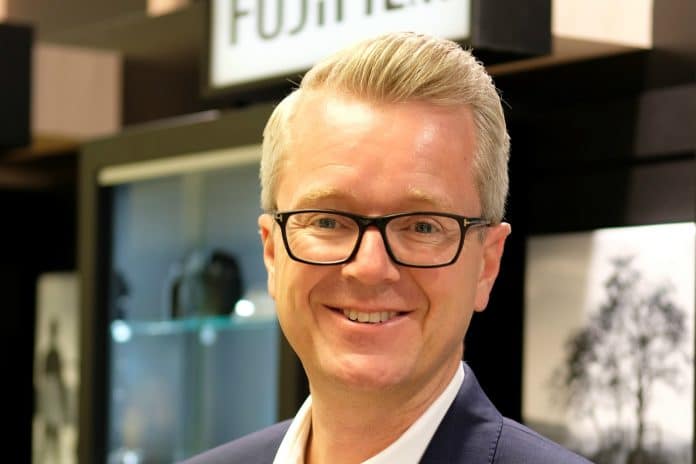 It seems that every week, another long-standing high street staple reveals it is in financial turmoil and must enter insolvency proceedings to survive.

The rise in CVAs especially, which allows a retailer to rearrange its store estate and finances while continuing to trade, has sparked debate about whether these measures ever really work or whether they’re simply rearranging deck chairs on the Titanic.

Even Richard Fleming of restructuring firm Alvarez & Marsal, who pioneered the use of CVAs in the UK, said: “I’ve yet to see a business go through a CVA and come out and challenge Marks & Spencer, I just don’t think that exists.”

However, there is one retailer that has managed to rise from the ashes following a dramatic downfall and return to success, providing a beacon of hope for the sector amid the current “retailpocolypse”.

“I knew the business was in a lot of trouble, I was brought in to look at what could be done,” Jessops’ chief executive Neil Old, who joined Jessops just before its collapse in 2012, told the Retail Gazette.

“By that time it was a sinking ship, I stayed on through the administration with PwC. Fundamentally it was unable to adapt to a changing market. It had far too many stores, the leases were too long. Some towns had three or four Jessops stores. Its central costs were too big for the level of profit it was generating.”

In January 2013 the camera retailer, which had been trading since 1935, announced it was to shut all of its 187 stores leading to around 2000 job losses.

Like many retailers facing financial straits in 2018, Jessops was facing a drastically changing market. Many casual photographers turned to their smartphones and point and click cameras suffered a severe decline.

Despite this, business mogul and TV star Peter Jones saw value in both the Jessops brand and Old’s ability to rebuild its business.

After paying nearly £2 million for Jessops’ assets, Jones began to reopen stores across the country and called on Old to lead its revival.

“I was lucky enough that (Jones) approached me to get involved with it, here I am five years later and the business is doing extremely well,” Old recalled.

“When Peter bought the business, he bought two things really. He bought an incredibly strong brand which was 80 years old, a brand that was absolutely famous for one thing: photography.

“That brand also had a very clear association with great quality people and an incredibly loyal workforce.

“As we put the business back on its feet, probably the biggest reason for its success was that we were able to attract back the best managers in the whole business.”

Long before “experiential retail” was a cliched buzzword, Old understood that Jessops would need to refocus its offering to play to its strengths.

Not only would it narrow its target audience and focus on die-hard photographers, but it would rely on its staff’s in-depth knowledge of the sector to provide customers with an experience they could not get anywhere else.

“The business was put back on its feet with a very deliberate and clear focus on attracting the camera enthusiasts and hobbyists, whose first love is photography,” Old said.

“The unfortunate thing about the old business is it tried to appeal to everybody and it lost its way a little bit. We were very clear about who we wanted to appeal to.

“We would always recruit where possible a photographer and teach them sales skills, rather than a salesperson and get them to bluff their way through a conversation about photography.”

With Jessops now trading from 58 stores across the UK and standing on firm financial footing, Old is now looking to once again widen its target audience.

The retailer has now launched a new generation of stores which are positioned to cater to both die-hard photographers and more casual smartphone snappers.

This next generation, which has already been rolled out across stores in Bromley, Nottingham and Bristol with dozens more due throughout the rest of the year, is designed to place a greater focus on printing.

“This is about getting people with a smartphone to come in store, upload 16 or 17 pictures, arrange them on the screen, print them out, frame them and gift wrap them, and create a product together that otherwise you wouldn’t be able to do.

“You can’t fight (smartphones). In the past people have thought this is going to be a battle between the smartphone and the camera, and the camera is never going to win. There’s 57 million smartphones out there and about sevn million cameras.

“The idea behind the format was to continue to meet the needs of our camera enthusiast customer, but also to open photography up to a new generation, to millennials and smartphone users.”

Just like the resurgence in sales of vinyl and printed books, a medium which once threatened Jessops is now offering it an opportunity for growth.

For a generation which has grown up almost entirely digitally, the need for personal, physical manifestations of their memories has gained a particular importance.

“It has to be encouraged because in theory, the most photographed generation in human history will leave no legacy if they don’t print,” Old said.

“The danger is that we were taking so many photos that we never look at again. The customers that we speak to want to do more with them, want some physical evidence of the memory.

“It’s part of our responsibility to encourage that customer to do more with that print, frame it or blow it up onto a canvas or just put it into a photo album so it doesn’t get forgotten or lost, that’s what the philosophy is behind the new store format.”

“Three or four years ago it just wasn’t cool to be seen using a camera. But now with Instagram and so many social media sites it’s all about the image and the quality of the image.”

Moreover, the meteoric rise in social media and visual blogs has driven the need for better quality images, and subsequently back to the camera market.

“The idea that what you capture on a smartphone is in any way less creative than what you can do with a camera is not the case,” Old said.

“The amount of apps you can download and the amount of filters and effects. Some of them are quite happy to use their smartphone, many of them are starting to talk about moving over to cameras.

“We’re seeing the same with bloggers and vloggers. Three or four years ago it just wasn’t cool to be seen using a camera. But now with Instagram and so many social media sites it’s all about the image and the quality of the image.”

Though the current retail landscape remains bleak for many retailers, those wrestling insolvencies could take note of Jessops’ success.

By tapping into what made the business successful in its early years, Jessops has been able to pick itself up and find a new way to position itself in a rapidly evolving landscape.