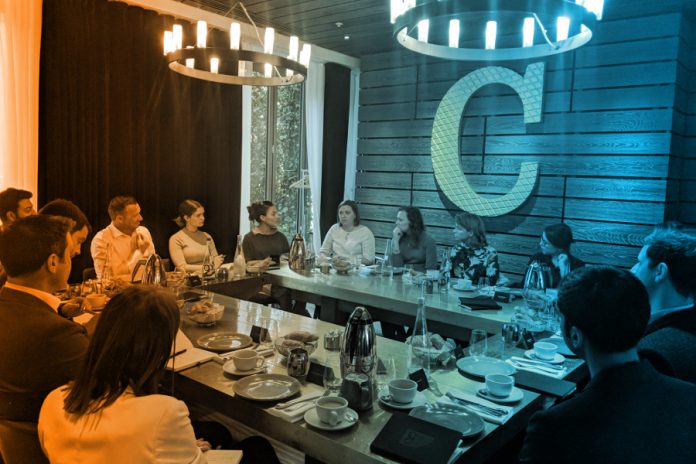 It’s been an interesting few months in the world of social media in terms of ethics, data management and its wider role in modern-day business strategy.

The Facebook-Cambridge Analytica scandal led to the social media site’s founder Mark Zuckerberg apologising about the handling of customer details when it emerged the data of 87 million users had been compromised, and in some cases harvested for political campaigning purposes.

Then, last month, UK pub chain JD Wetherspoon announced it was embarking on a social media blackout strategy by closing all its social accounts. Chief executive Tim Martin said use of Facebook, Twitter et al was side-tracking staff from the job of serving customers, and all platforms were shutdown with immediate effect.

Somewhat ironically, Martin announced the move via Twitter – highlighting the power of the channel as a method of communication – but the message was clear if unusual in the current climate: the company didn’t see the commercial value of social media.

It was against this backdrop that representatives from several high street retailers and online pure-plays came together on May 16 to discuss the social media landscape. Issues surrounding customer data and Wetherspoons’ decision to disappear from social were addressed, but three alternative key themes shone through during the debate.

All were clear social media is a vital part of the modern-day marketing mix for retailers – with some questioning Wetherspoons’ decision to quit social and rule out a generation of potential customers who take a digital-first approach to brand engagement. Short-term thinking with long-term implications was a theory shared by those involved.

The common challenge expressed by the retailers was how to prove efforts on social media generate revenue for their respective organisations.

One participant said “social media is our brand”, explaining how sales generated from social activity are better when not pushing sales. With new ‘buy’ buttons and advertising opportunities cropping up on social media on a regular basis, multiple participants said they were still taking a “test and learn” approach to where to direct spend and activity.

There was a widespread view that social media exists to be educational, to build brand stories and to connect the online world with stores – and for that to work effectively “a relaxed tone” is required.

The participants raised interesting examples of retailers using social for clear commercial gain, such as Sainsbury’s developing vegan product lines through the channel, Superdrug letting Nivea to take over its Instagram feed for a full day, and J Crew’s use of Instagram’s polling facility to decide which fashion line to produce.

In general, though, there was an agreement social media’s value comes in its potential to personalise customer relationships, create brand advocates, and talk to customers where they spend so much of their time. With customer engagement and customer experience now a key component of how retailers measure success, there are few places like social media for influencing these metrics.

Rob Coyne, EMEA general manager at Hootsuite, which provides businesses with a single platform for measuring and managing their social media activity, said a strong social strategy is crucial in challenging times for the industry.

“Turning a profit in retail is harder than ever,” he remarked.

“Increasing cost pressure and diminishing brand loyalties are having a real impact on business performance, forcing retailers to rethink their consumer engagement. According to Bloomberg – 86 per cent of consumers will buy more if they feel retailers personalised the experience for them.”

He advised that retailers become “social first” as a way of boosting their bottom line.

“Having social media at the centre of your strategy can bring a strategic advantage – helping retailers develop personalised offers and deliver stronger connections, leading to an increase in profit,” Coyne explained.

Who owns social within a retail organisation?

There is no definitive structure for running social media within a retail organisation, with some participants revealing that responsibility sits within brand marketing, while others make performance marketing teams accountable for paid social.

Those involved in the discussions detailed multiple stories of individual stores starting their own Facebook or Twitter accounts with no central guidance, prompting head office to claw back an element of control or at least set usage parameters.

Some retailers’ social and marketing teams run their senior executives’ social accounts, while others allow chief executives and directors to be vocal on Twitter and other channels under their own terms. Both methods bring challenges, as retailers look to balance the benefits of spontaneity and human content, alongside the need to avoid social faux pas.

Although social media has been elevated in importance for retailers in recent years, no-one imagined it becoming a boardroom role in the near future. “Social media responsibility comes under the role of the chief customer officer,” said one roundtabler.

The event took place in May, but Christmas is evidently never far from retailers’ minds and those sitting around the table were already planning their marketing for this year’s peak trading period.

Each year, social media plays a larger role in retailers’ Christmas advert distribution, as businesses invest time and money across channels and effectively become mini broadcasters for four to eight weeks of the year.

The shareable nature of social media content means it is an effective tool for spreading a particular message and engaging consumers with storytelling and new characters. The most impactful retailer adverts in the build-up to Christmas 2017 were the ones with strong visual cues, strong creativity and good storytelling, while detailing a clear benefit to the consumer, according to market research firm Kantar Millward Brown.

Among the most compelling ones in 2017, picked out by the Kantar company, were Argos, Amazon, Marks & Spencer and Aldi, while once again John Lewis’s advert featuring Moz the Monster as the protagonist and Guy Garvey singing a Beatles classic received a large following. Like in previous years, John Lewis owned a significant share of voice over the Christmas period, with the ad’s appearances on Twitter, Facebook, YouTube and Instagram all helping the retailer amplify sales.

Lucy Ramseyer, head of online trade: home, electrical home technology and international at John Lewis, said her company’s festive ads always have a focus on the brand, while wide distribution of the content is a key part of campaign planning.

“Social media is an important element of our peak advertising activity and helps to amplify our core campaigns,” she remarked.

“More than ever customers expect us to engage with them across multiple channels, in an aligned way, and we know that our customers enjoy being able to purchase the key products that are featured within our campaigns.”

That provides one strong example of the commercial potential of social media, but it was clear from the roundtable discussions that the return on investment in social media is measured in many different ways. And retailers are increasingly ramping up the emotion and experimenting with new content on these channels to drive engagement and, they hope, to increase customer lifetime value.