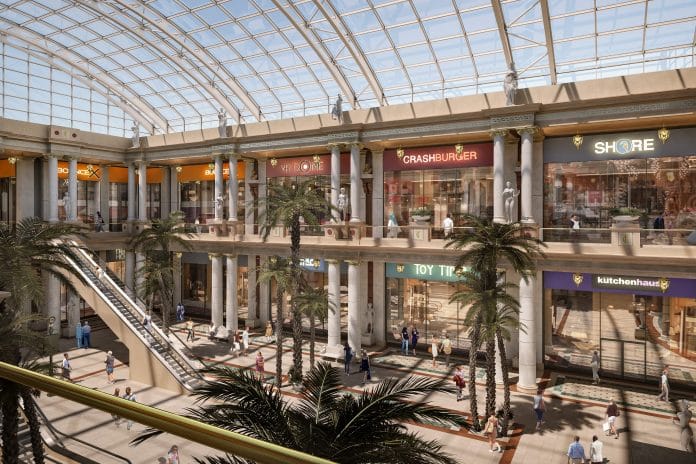 Intu has hailed a resilient performance in its half year report, despite booking £503.4 million loss against what it described as a “challenging operating environment”.

Like-for-like net rental income rose by 1.3 per cent during the six months to June 30, driven by increased rents from new lettings and rent reviews.

The result was just below Intu’s full year like-for-like guidance of 1.5 per cent to 2.5 per cent, although Intu said it would maintain that figure.

The massive loss compare to a profit of £122.7 million during the same period of last year and was attributed to the £650.4 million charge from a decline in value of Intu’s shopping centres – which include the Trafford Centre in Manchester and the Lakeside shopping centre in Essex.

Nonetheless, the firm praised robust footfall rates despite the adverse weather during the period, which managed to outperform the ShopperTrak benchmark of a 3.3 per cent decline, with just a 1.3 per cent decline.

Intu also noted it has experienced “minimal impact” from the recent spate of administrations and CVAs to hit the retail industry, with its annual rent dipping just 0.9 per cent.

“During a period of weakening sentiment in the retail market which has impacted prime shopping centre valuations, Intu has delivered a resilient operational performance in the first half of 2018,” chief executive David Fischel said.

He added: “This reflects the high quality of our business which was able to perform in a challenging retail environment.”

Experiential retail will be “tipping point” in 2025 – Westfield