Edinburgh Woollen Mill Group is looking at the possibility of acquiring Wyevale Garden Centres, which could mark the company’s first step into the gardening retail.

According to Sky News, EWM owner and retail mogul Philip Day has lodged an offer for the retailer, which was put up for sale by Terra Firma Capital Partners in May.

Property agent Christies was hired to sell Wyevale as a whole or on a piecemeal basis.

Guy Hands, the City financier who owns the gardening retailer, is reportedly seeking a bid that is well over‎ £300 million.

A Terra Firma spokeswoman has declined to comment and sources told Sky News that EWM was not prepared to overpay in its bid and that it was unlikely to be a front-runner for Wyevale.

Other bidders for parts of Wyevale include rival Dobbies and smaller‎ gardening retailers.

The auction is expected to conclude during the summer.

The news comes as Day’s EWM Group acquired Jaeger, Jane Norman and Austin Reed in the past year or so. 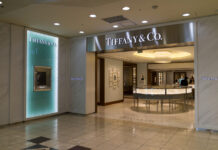