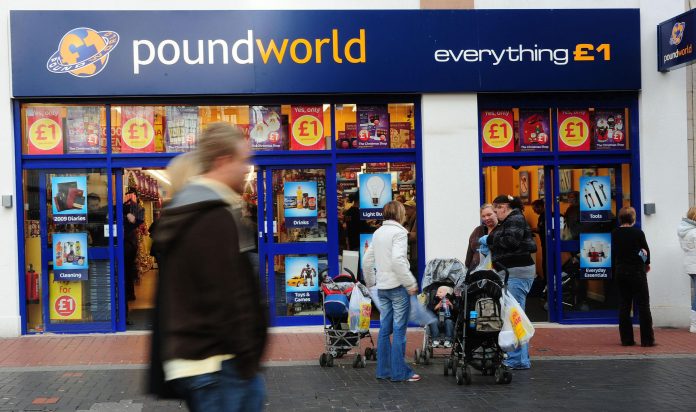 The Dublin retailing family that opened the first Poundworld in Ireland has agreed to a last-minute rescue of what’s left of the discount retailer in the UK.

The Hendersons – who opened the first Poundworld in the Republic of Ireland in 1984 – has confirmed that administrators Deloitte has today accepted their offer of an undisclosed sum.

The deal means all remaining Poundworld stores will close on Friday as per the original plan under Deloitte’s administration – but the Hendersons will begin to reopen some after the deal is rubber-stamped, which is likely to be next week.

It is not yet clear what will happen to the estimated 1000 staff members at Poundworld’s 80 or so remaining stores that will have their last trading day on Friday before the Hendersons begin re-opening some of the stores once their plans are finalised.

“I am contacting Henderson’s urging them to prioritise employing existing Poundworld staff and those who’ve recently lost their jobs,” he said.

“They deserve to be treated with dignity and respect after what they’ve been through.

“If Hendersons are to make a success of turning Poundworld round and back to profitability, they must listen to the staff and fully engage them in decisions about the future of their jobs.”

David Henderson, who has experience in the retail sector in Ireland and the US, led the negotiations to acquire Poundworld in the UK.

“We are delighted to have agreed the purchase of Poundworld and we now look forward to bringing the company back to profit and provide current and new customers with an unrivalled product offering at low prices,” David Henderson said.

The Hendersons have formed a new UK entity, RVP Holdings Limited, to operate the business locally.

David Henderson’s father, Ray, sold his Irish Poundworld offshoot – which had then changed to Euroworld – in 2007.

Since Poundworld UK – which was bought by US-based TPG Capital in 2015 for £150 million – collapsed into administration in June, over 250 stores of its 337 stores have shut down and around 4000 people have lost their jobs.

The Hendersons’ last-minute rescue comes after Deloitte rejected numerous other rescue bids, including an attempt by the original Poundworld founder Chris Edwards to buy 180 stores.

Edwards went on to criticise Deloitte, accusing them of slowing down the sales process to generate money from the liquidation of stock.

Earlier this week, Edwards blamed “very bad” management from TPG for Poundworld’s collapse, pointing the finger at their decision to hire staff with little experience in the discount sector.