Tesco undoubtedly occupies a significant space in the UK’s retail sector. Being the leader of the Big 4 grocers – Sainsbury’s, Asda and Morrisons – it has a reputation for value, low prices and for being customer focused.

In the UK, Tesco is known to hold over 28.4 per cent of the overall market share. Besides that, it also has outlets in seven countries across Europe, North America and Asia.

But with grocery discounters Aldi and Lidl chipping away at grocery’s market share and Amazon marching onto the grocery scene, Tesco has its work cut out.

According to Statista, Co-op, Ocado, and Iceland managed to increase their share of the market the most since the pandemic struck.

Asda was especially hard hit and lost almost a per cent of its market share from March of 2020 to May 2020.

Tesco and Sainsbury’s maintained the largest share over the period under consideration, holding 42.3 per cent of the market together as of May this year.

Prior to the discounters’ growth and expansion in the UK, the grocery market was dominated by the Big 4 supermarkets.

On the back of the post-Brexit uncertainty and growing inflation, consumer behavior has shifted in favor of cheaper alternatives such as Aldi and Lidl.

The resulting ‘price wars’ have led to supermarkets lowering their prices.

In fact, Tesco said in its most recent trading update that sales in the UK were buoyant with like-for-like sales rising by 1.2 per cent as it expanded its Aldi Price Match campaign to around 650 products. 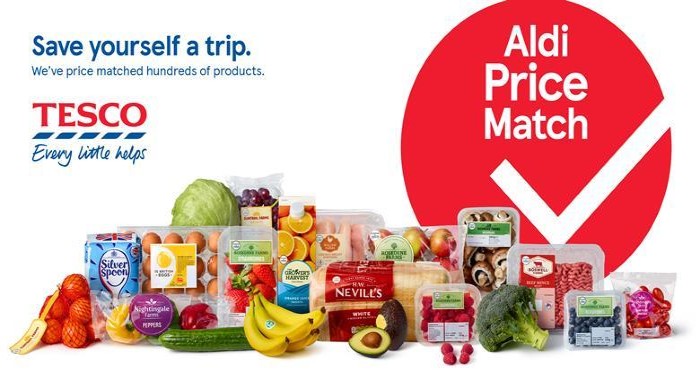 Tesco’s Aldi Price Match campaign was launched in March last year as part of its strategy to attract customers into its stores instead of Aldi or Lidl.

The campaign was expanded to a further 500 items in September last year.

Price wars and the presence of other strong retailers are a treat to Tesco’s dominance in the retail industry.

Catherine Shuttleworth, chief executive and founder of retail agency Savvy, said there is no secret to Tesco’s success.

“It’s been an important factor in driving customer numbers and switch.

“To stay ahead of the pack, Tesco have to continued to lead, innovate and buy better than any of their competitors.

“Their Clubcard scheme is a strategic strength as they lever price discounts now through Clubcard and use this loyalty scheme to provide really valuable benefits to shoppers which makes them more committed to the Tesco brand.

“The scheme is so embedded and data rich that retailers without similar schemes would be foolish to copy them and need to consider how they might leapfrog Tesco in this area.”

Furthermore, this month marks Ken Murphy’s first full year at the helm of Tesco, and he is yet to make his mark.

Evidently, online shopping has continued to be on the rise during the pandemic. As lockdown led to the closures of non-essential services, grocers dominated the retail sector.

“Tesco have to continued to lead, innovate and buy better than any of their competitors”

With Tesco maintaining its lead of the Big 4 grocers, it saw a 49 per cent increase in ecommerce sales last year, according to data from Edge Retail Insight.

The pressure is on for Tesco to become a trailblazer in the digital-first era. This will require a complete overhaul in mindset and operating structures, and grocers will likely be watching to see where Murphy takes the retailer next as he outlines plans.

Ecommerce solution Edge by Ascential, advisory director Nick Everitt said Tesco is going to have to work a lot harder to stay ahead of the competition.

“The grocery sector is shaping up to be a key focus for private equity with understandable speculation on whether Tesco is going to follow Morrisons and be the next target,” he said.

“Major developments at rivals like Morrisons and Asda could see them focusing more aggressively on how they can lead the sector.

“Morrisons’ latest partnership with Deliveroo Hop is just an example of how it is aiming to widen reach and stay ahead of shopping trends such as rapid delivery.”

Shuttleworth added that Tesco’s scale and capability is significant, with its superior systems and a highly experienced management team, plus stores in nearly every post code of the UK.

“Tesco’s systems and long term partnerships with suppliers from farm to fork mean that they have robust supply chains at all points,” she said.

“Given that they are the largest volume retailer, suppliers need to ensure they work closely with Tesco to maximise sales and in the depths of Covid-19 the working partnership between the retailer and its suppliers became a strategic strength.”

“Tesco is the market leader by a significant margin and given competition laws it’s unlikely that they will be caught in terms of market share.

“But like all food retailers, they are not immune from changing shopping behaviours but given their truly omni channel approach they have most bases covered.

“What is interesting is that even the mighty Tesco are not necessarily immune from a takeover and the UK supermarket business has seen more than its fair share this year.” 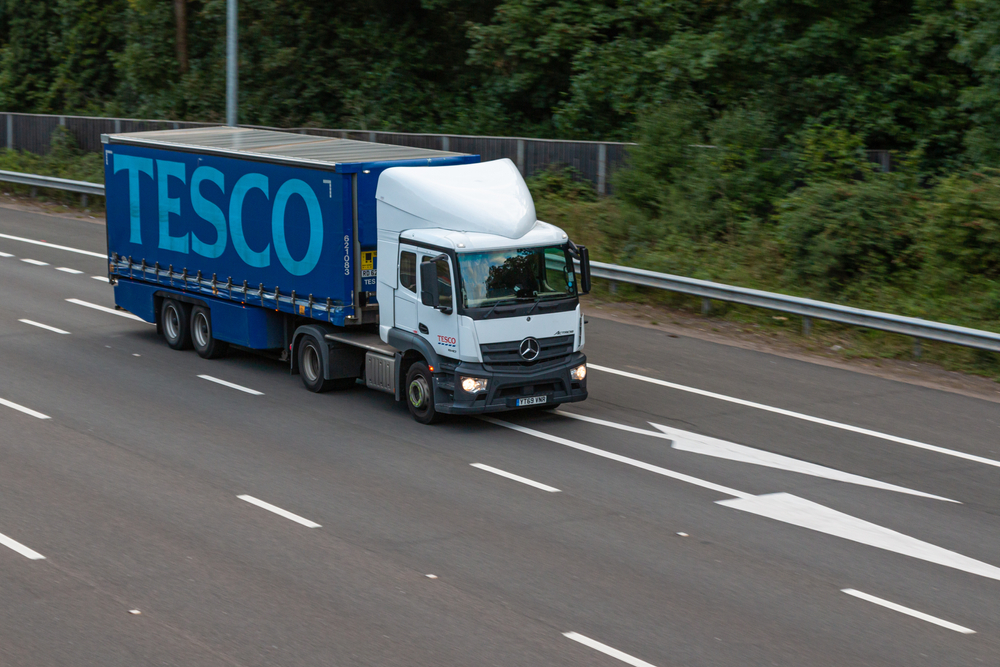 “It’s times like these when being the biggest fish in the pond really counts,” she said.

“The mature, deeply rooted nature of its supply relationships have been a key tool in allowing Tesco to keep its shelves well stocked, and outshining competitors in the process.

“The size of Tesco’s distribution network also can’t be overstated, which again gives the group the flexibility to deliver the goods at scale.”

Tesco’s sales have undoubtedly also been boosted by staycation trends, which is a tailwind likely to reduce but not fall back all the way over the medium term.

Tesco has curated a large customer base, helped by its ongoing efforts to appear good value.

Its aim is to reduce prices across key items, but also maintain an image of better quality.

Tesco’s success in the previous six months has been well supported by its advanced digital strategy and use of data.

The grocer’s approach to data with the Tesco Clubcard has helped utilise it to build insights about its customers.

It may now need to work on how it can build on its own partnerships and digital ecosystem in order to stay ahead of rivals.