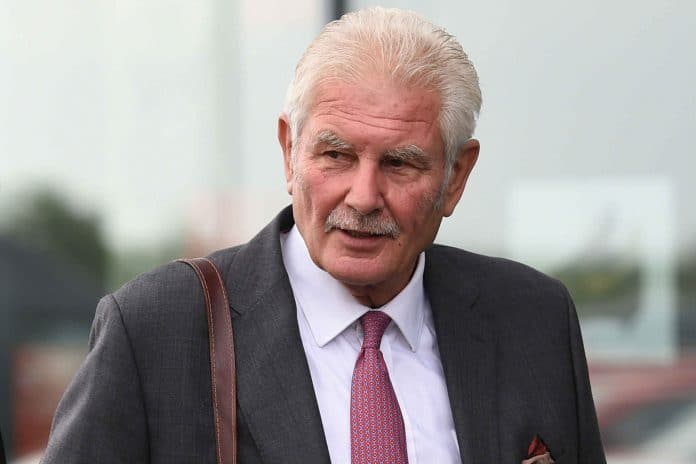 Sports Direct chairman Keith Hellawell has announced his resignation from the retailer, ending a controversial nine-year tenure in the role.

Hellawell will retire with immediate effect after Sports Direct’s AGM today and will be replaced by non-executive director David Daly.

“I would like to thank Keith and Simon for their valuable service and significant contributions to the company over the years,” chief executive and founder Mike Ashley said.

More pressure piled on Sports Direct shareholders ahead of AGM

His approach to corporate governance also landed him in hot water, and at last year’s AGM he narrowly survived when 47 per cent of Sports Direct shareholders voted against his re-election as chairman.

Steve Turner, assistant general secretary of union Unite, said: “It’s about time he resigned. During his tenure he has presided over shocking working conditions at the Shirebrook warehouse.

“The question now is will his replacement stand up to Mike Ashley in the interests of workers and shareholders.”

Influential advisory groups such as ISS, Glass Lewis and Pirc had urged shareholders to oppose Hellawell’s re-election, arguing he had lost investor confidence and failed to appoint any women directors to the board.

The advisory groups have also heaped pressure on shareholders to vote against the re-appointment of Ashley has chief executive.

“Having overseen significant improvements in the working practices and corporate governance of the company, which includes a refresh of the board, now is the right time for me to step aside,” Hellawell said.

“I have every confidence that the group will continue to go from strength to strength.

“I have enjoyed the challenges of Sports Direct and the support of Mike Ashley; many major investors; members of the board and senior staff, and wish them much success for the future.”

Senior non-executive director Simon Bentley is to also retire after 11 years on the Sports Direct board.

Meanwhile, Sports Direct said it was on track to meet expectations in its current financial year.

The sports retailer announced earlier today that it was set to achieve between five per cent and 15 per cent growth in underlying earnings, excluding the recent £90 million acquisition of House of Fraser.

Shares in Sports Direct were 3.7 per cent higher in early trading today at 353.6p, regaining ground after a High Court ruling pushed shares lower on Tuesday.

On Tuesday a High Court judge struck a blow to Sports Direct in its battle with the Financial Reporting Council (FRC).

The firm was ordered to produce a number of documents relating to its 2016 financial statements to aid the FRC’s investigation into auditing firm Grant Thornton.

Sports Direct said it plans to appeal “aspects of the judgment in due course”.