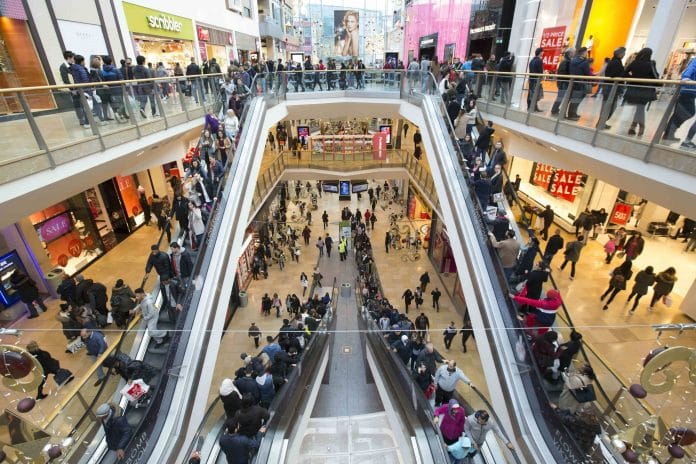 Among the warm seaside breeze, the almost inescapable view of super-yachts and the smell of strong coffee, one continuous sound dominated the halls at this year’s MAPIC conference.

For three days, the world’s leading retail real estate experts, investors and owners had one word on their lips: change.

Changes in consumers’ shopping habits, changes in the confidence of retailers, changes in the expectations of both parties, and most importantly how to understand and ride the wave of this change to ensure they’re not left behind to tread water and be swept away by the growing currents.

Throughout the conference, those offering the most inspiring and considered answers to this question were from the shopping centre sector, despite them being far from unscathed by the headwinds battering the high street.

The Retail Gazette took the opportunity to pick their brains and find out why they were confident they could succeed where so many have fallen.

To start we spoke to retail analytics experts Shoppertrak to find out exactly how shopping centres are performing in comparison to the high streets.

“There’s lots and lots of research undertaken showing that when you have more F&B and leisure, retail is stronger because people are staying longer“

“Particularly in the high-end shopping centre market where they’re really focused on making a destination, its drawing people in a very different way than the standard high street value proposition.”

Shoppertrak’s general manager EMEA Gary Whittemore added that this growing disparity between the two was due to shopping centres having a head start on high streets in meeting consumers’ demands of creating a holistic experience.

According to Cain International’s Neil Barber, who is currently helping to develop a 170,000 mixed use retail scheme in North London’s Islington Square, this is because shopping centres are more able to take risks.

“An average high street, you’ll have individual owners with individual shops,” he said.

“For a lot of them it’s their pension fund, they have a mortgage, they have to lease that shop to someone reliable. It ends up being a bit vanilla and often the occupants are quite safe.

“If you own a bigger area you can afford to take risks, you can look longer term… If you go to any areas which are controlled by a larger landlord, they’re able to take the longer-term view and take risks, whereas smaller high streets are less able to do that.”

A key aspect, and recurring theme at MAPIC, was the introduction of mixed-use spaces, blending leisure and retail stores to create an offering which goes beyond just products on shelves.

Not only does this help create a destination, but Intu’s managing director for the south, Rebecca Ryman, said it was effective in significantly increasing dwell time, and therefore sales.

“There’s lots and lots of research undertaken showing that when you have more F&B food and beverage) and leisure, retail is stronger because people are staying longer,” she said.

“Someone asked me recently if I saw leisure as standing on its own in that extension environment or mingling with the retail.

“Actually, now I can see it mingling with retail more, whereas five years ago I would have said split them. A lot of the leisure use is people wanting to share experiences, people are socialising more.”

“Most retailers can probably trade quite comfortably with a country spread of about 40 locations, 10 years ago that would have been 200 locations.”

What’s more is that many of the high street’s woes actually serve to benefit many shopping centres. As an example, Intu’s managing director for the west, Colin Flinn, said BHS’s collapse provided an opportunity for improvement.

“Generally speaking, almost invariably in fact, we have re-let that space to better tenants, for better rents and better uses,” he said.

“That’s symptomatic of this flight to quality, this polarisation towards the bigger centres. We have quite a large canvas in most places, we can control the environment, we can move with the times and ensure out destinations are relevant and ahead of the game and appeal to a changing shopping population.”

Retailers shrinking store estates also plays into the hands of shopping centres, as those looking to guarantee footfall to ensure they get the most out of the stores they do have largely gravitate towards them.

“Most retailers, particularly those with a sort of omnichannel presence, can probably trade quite comfortably with a country spread of about 40 locations, 10 years ago that would have been 200 locations,” Perry said.

“Now they’re choosing those 40 locations and they want the strongest ones, often those locations are shopping centres.

“If you took the best locations that there are, then you realise that the retailers now don’t need to be in anything but those locations. That’s seeing this drift, all of those top tier locations are shopping centres.”

It seems that although shopping centres are far from impervious to the current retail storm their ability to assert greater control over their estate, cherry-picking stores to create a more focused offering, could see them edge ahead of more independent high streets.