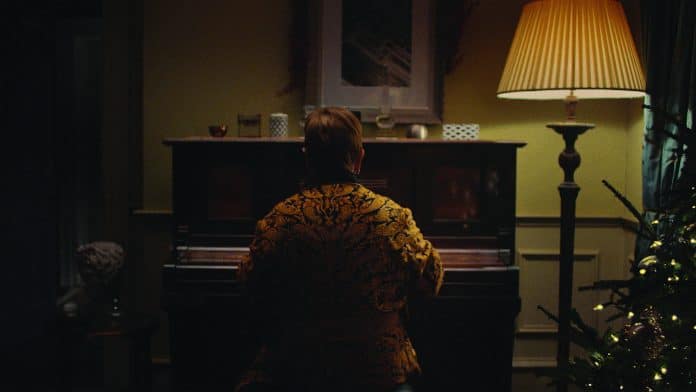 John Lewis’ Christmas advert for 2018 has finally been revealed, with Elton John in the starring role in a trip down memory lane for the superstar singer and pianist.

Entitled The Boy and the Piano, the advert uses his iconic tune Your Song once again, after a cover by Ellie Goulding featured in the retailer’s 2010 Christmas advert.

With the tagline of “some gifts are more than just a gift’”, the clip takes viewers through different stages of Elton John’s life and career, with glimpses of arena concerts, private plane rides and parties.

Each scene features the vocalist at his piano, and viewers are eventually taken right back his first school concert before eventually showing the first note four-year-old Elton John played on his newly-gifted piano for Christmas.

While many of the scenes are festive or full of Christmas decorations, John Lewis has once again chosen a more abstract message for its holiday campaign – this time focusing on the longevity of presents and their impact on peoples’ lives.

Shoppers will be able to visit the sets used in The Boy and the Piano, which will be recreated at John Lewis’ flagship Oxford Street store in London.

Across a 2000sq ft set space, shoppers can explore the recording studio, the living room and the dressing room sets featured in the ad, and try on the actual costumes from the short film.

Additionally, a number of musical light shows will be projected from the shop’s windows every 30 minutes from 4pm tonight to mark the advert’s launch date, filling the streets with Elton John’s classic track Step Into Christmas.

“The John Lewis Christmas campaign has so many warm memories for me and my family,” the singer said.

“It’s been a lovely opportunity for me to reflect on my life in music and the incredible journey I have been on and how first playing my grandmother’s piano marks the moment when music came into my life.

John Lewis customer director Craig Inglis said: “The ad tells the story of why Elton’s piano was more than just a gift and we hope to remind customers of that special moment when they’ve given a gift at Christmas time that they know will be treasured forever.”

The advert is live on social media already, but it will make its TV broadcast debut tonight at 9:15pm on ITV.

In the lead-up to the unveiling of the ad, speculation was rife that Elton John had been paid £5 million – half of the overall budget – for his starring role.

Today, John Lewis denied the rumours and added that the singer himself requested a portion of his fee is donated to his charity organisation.

“The speculation in recent months around the costs associated with this year’s ad is wildly inaccurate and our total spend is similar to previous years,” the retailer said in a statement.

“The Christmas TV ad is an important investment for John Lewis and is a crucial part of our overall marketing campaign, driving sales throughout the key Christmas trading period.

“To date it has proven to be one of the most effective marketing campaigns in the industry, delivering an excellent return on investment.

“When first approached to be part of this year’s John Lewis Christmas ad, Elton requested that a portion of his fee was to be donated to the Elton John Charitable Trust.”

John Lewis’ Christmas adverts have gained a cult following in recent years and is now regarded the high water mark for the festive season’s marketing.

Another major retailer which released its Christmas advert shortly before John Lewis is Burberry.

House of Fraser and Morrisons are among the last major retailers to have not yet unveiled their Christmas campaigns. 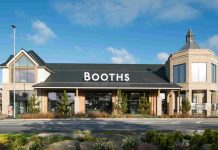