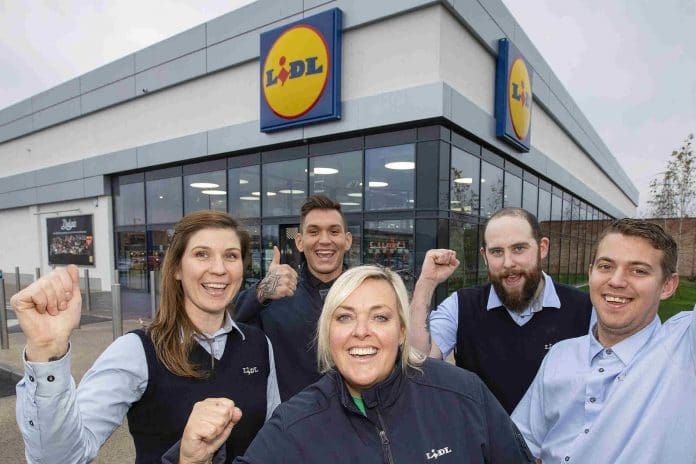 Lidl has become one of the first in UK retail to pledge the new Living Wage rate from early next year, a move that will benefit more than 17,000 employees for the discount retailer.

Lidl said it was the first major retailer that promised to match the foundation’s new pay recommendation, which will come into effect from March 1.

In England, Wales and Scotland alone, it plans to invest £8 million into raising wages for 17,000 staff.

Lidl highlighted that in its Norther Ireland market, it is the first retailer to match the new Living Wage rate.

“They look after our customers, drive our operations and support our communities. It is important for us to reward them, not just with market-leading rates but also by creating an environment where their holistic needs and well-being are prioritised.

“We are the first supermarket in Northern Ireland to commit to this increase and are delighted to complement and boost the already powerful and wide-ranging benefits package we have put in place for our outstanding local team.”

Although Lidl has pledged to match the new living wage rates, the Living Wage Foundation has highlighted that the retailer is not an accredited Living Wage employer.

The foundation’s director Tess Lanning said: “Lidl’s announcement that they are committing for the third year in a row to go beyond the government minimum and pay the real Living Wage is great news for their employees.

“The Living Wage campaign is there to tackle the rising problem of people paid less than what they need to makes ends meet.

“To do this we ask real Living Wage employers to ensure all staff, including their sub-contracted staff, are earning a wage they can really live on.

“In many supermarkets this means valuing the outsourced cleaners, security guards and trolley collectors as an integral part of the workforce alongside the cashiers and store managers.

“We’d be delighted to work with Lidl to achieve this, and secure their ongoing commitment to ensure all the staff working in and for their stores are earning the real Living Wage.”

The Living Wage Foundation said its recommendation to increase the pay rate was driven by higher costs in transport, private rents and council tax.

The new rates are £1.17 higher than the government-set national minimum wage and £2.72 higher in London.

The government-set rate will increase to £8.21 an hour next April for workers outside London and aged 25 and over, and will benefit 180,000 workers.

Adoption of the rates set by the Living Wage Foundation is voluntary and firms are free to choose whether or not to implement it.