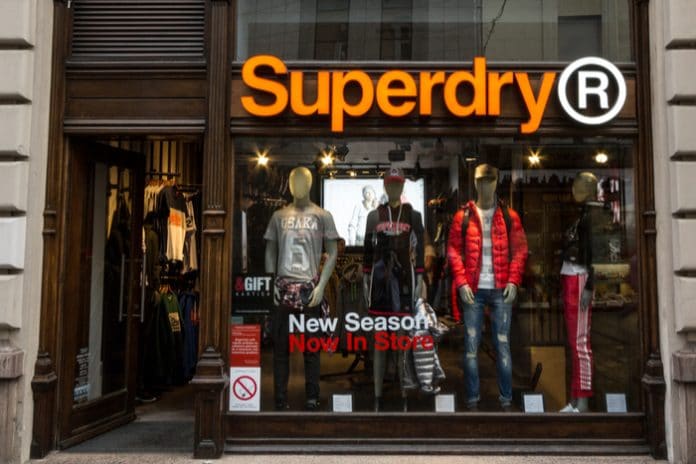 Superdry has booked an increase in half-year revenue as growth in wholesale and online offset a weak performance at its stores.

For the half-year period ending October 27, the fashion retailer reported a 3.1 per cent year-on-year revenue increase to £414.6 million, despite a challenging backdrop such as the run of hot weather impacting demand for its signature winter clothing.

However, in-store sales declined 2.3 per cent to £177.4 million, which was was impacted by unseasonably hot weather conditions and the ongoing struggles facing high street retailers as more consumers opt to shop online.

Superdry is currently undergoing a product diversification scheme, which involves reducing its reliance on jackets and sweatshirts and selling more dresses, skirts, women’s tops and denim, as well as expanding into premium, sports and licensed products.

“We are six months into a product diversification and innovation programme and, as we said in the summer, it will take up to 18 months for the benefits to come through,” chief executive Euan Sutherland said.

He added that the retailer was “well prepared” for the peak Christmas trading period and remained “highly focused on the delivery of sales growth and further efficiencies in the remainder of the year”.

While some of Superdry’s key markets saw colder weather conditions last week, the retailer pointed out that it has not yet seen a sustained period of seasonally typical weather.

It warned that its full-year performance will be heavily influenced by second-half sales, which could be negatively affected if the temperature in key markets remains high or unseasonable.

“As highlighted previously, the company’s full year profits are heavily influenced by its performance in the second half, led by cold weather products with jackets and sweats accounting for 55 to 60% of autumn winter sales,” the retailer said.