// Nike shares plunge as much as 1.7% after Zion Williamson’s sneakers split 33secs into a match

// The plunge equated to around $1.2bn (£923m) being wiped of Nike’s market capitalisation

Around $1.2 billion (£923 million) was wiped off Nike’s market capitalisation after a sneaker worn by emerging basketball star Zion Williamson split in half 33 seconds into a hotly-anticipated game.

Williamson, who plays for Duke University Blue Devels, was wearing Nike’s PG 2.5 basketball shoe when he was injured during a match against North Caroline, according to ESPN.

The line of sneakers are a part of a collaboration between the sportswear brand and retailer and six-time NBA All-Star Paul George, hence the “PG” in the name, who plays for the Oklahoma City Thunder.

Williamson suffered a mild sprain to his knee when his Nike shoes split, prompting shares in the sportswear giant to fall by as much as 1.7 per cent yesterday.

“We are obviously concerned and want to wish Zion a speedy recovery,” Nike said in a statement.

“The quality and performance of our products are of utmost importance. While this is an isolated occurrence, we are working to identify the issue.”

This is not the first time Nike has faced controversy over the craftsmanship of its sportswear.

In 2017, the Beaverton, the company faced backlash when its NBA jerseys ripped apart after several incidents with basketball stars. 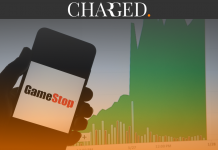