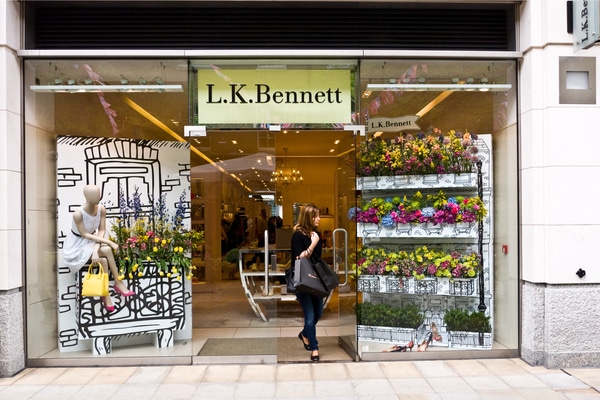 // LK Bennett falls into administration after weeks of speculation

LK Bennett has officially collapsed into administration, plunging around 500 jobs into uncertainty.

The British upmarket fashion retailer, which trades from 200 branded stores in the UK and overseas, this afternoon appointed corporate undertakers at EY to carry out the process.

It comes after it was revealed last month that LK Bennett had hired advisers to explore options for the business.

However, attempts to secure fresh investment or a partial sale failed and the retailer has now been put into the hands of administrators.

EY said they had already reduced the number of employees at LK Bennett’s head office in London and closed five stores in Sheffield, Bristol, Liverpool and two in London, resulting in around 55 job losses.

The retailer is owned by founder Linda Bennett, who had sold her controlling stake in the business in 2008 before bringing the business back under her control again in late 2017.

According to the most recent available accounts, Bennett invested £11.2 million into the retailer upon her return.

EY said it hoped to secure at least a partial sale of LK Bennett.

“LK Bennett is a strong luxury UK brand, the new season collection was critically acclaimed and recent trading is up, which we hope will be attractive to prospective buyers,” joint administrator Dan Hurd said.

Stores will continue to trade as per usual during the administration process, although LK Bennett’s website has been temporarily suspended.

Known for its signature kitten heels and smart daywear, LK Bennett has attracted celebrity fans, including the Duchess of Cambridge, since it was founded in 1990.