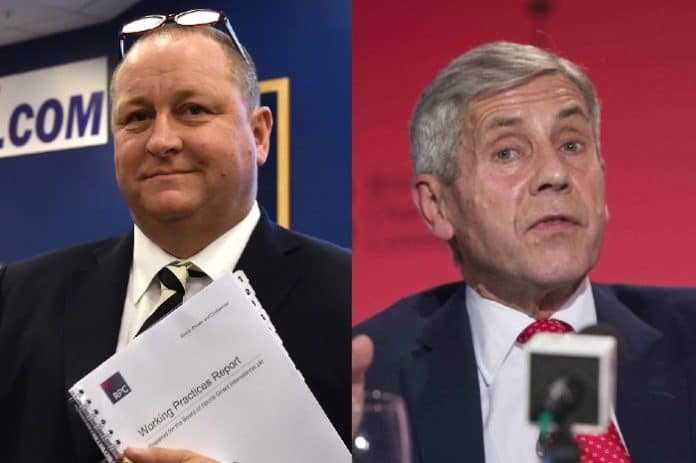 Lord Stuart Rose has warned Mike Ashley over his ambitions for a retail “oligopoly” after the Sports Direct boss’ recent attempt to seize control of Debenhams hit the rocks.

Rose, who is a former M&S boss and current chairman of Ocado and Fat Face, told Press Association that Ashley should “think twice” about building an empire of retail chains amid a seismic shift in the industry.

The retail veteran added that Ashley’s strategy risked leaving his empire vulnerable and inflexible in a fast-changing market.

“My view in retail is to stay nimble, lean and mean. You need to be able to turn on a sixpence,” Rose said.

“I wouldn’t want to lock myself into anything that’s not flexible – we’re operating in a fast-moving world.”

His comments come after Ashley’s most recent attempt to expand his Sports Direct retail empire hit a major snag, when his various bids to rescue Debenhams were unsuccessful.

His near-30 per cent stake in the department store chain was eventually wiped out after the retailer was placed into administration last week and control was handed over the Debenhams’ lenders.

Ashley was also embroiled in a tussle to take over Findel, the parent company of online retailer Studio.

The tycoon has been on a buying spree over the past year, most recently adding online player Sofa.com to his stable, and buying House of Fraser and Evans Cycles out of administration.

Patisserie Valerie, HMV and LK Bennett were also reportedly in his sights when they entered administration this year.

Rose said Ashley may have had a lucky escape with Debenhams, which he said has “always been behind the curve”.

“What we’ve still got in most sectors in the UK is too much capacity in terms of bricks and mortar,” Rose said.

“That’s why the Debenhams of this world are struggling, that’s why BHS disappeared.”

He added that M&S also lost important ground in the race online but predicted the new food delivery deal struck with Ocado will be a “winner” for the bellwether retailer he used to head up.