// Boohoo under fire for refusing to engage with Usdaw

// Usdaw: “We are asking Boohoo shareholders to consider whether the company’s bold statements on ethical trading are true”

The union has stepped up its campaign for recognition at Boohoo and claims the fast fashion retailer is “persistently blocking” Usdaw’s requests.

The protests come after a recommendation from a parliamentary committee and the Ethical Trading Initiative (ETI) called for Boohoo to start working alongside the union for the benefits of its employees.

At the start of the month Environmental Audit Committee MP Mary Creagh wrote to the retailer asking it to engage with Usdaw.

“I am writing to you following media reports that the Union of Shop, Distributive and Allied Workers (Usdaw) continue to experience difficulties in establishing trade union recognition discussions with Boohoo,” said Creagh in a letter to Boohoo joint chief executive Carol Kane.

“This is contrary to the evidence you gave to my Committee last November where you committed to union recognition ‘if the workers would like it’,” Creagh argued.

“As you will be aware, in our final report we recommended that Boohoo engage with Usdaw as a priority and recognise unions for your workers. I would therefore be grateful if you could tell me what steps you have taken to engage with Usdaw regarding formal trade union recognition at your Burnley warehouse site?” added Creagh.

Now Usdaw has called for Boohoo shareholders to consider the impact of the company’s trading credentials, including being accepted as a member of the Ethical Trading Initiative (ETI), whose members include Asos, H&M, New Look, Gap, M&S, Next Quiz, Reiss, River Island, Sainsbury’s and Tesco.

“We are in discussions with Boohoo about membership, the formal approval of which would be taken at an ETI board meeting,” a statement released by the ETI said today.

“While we adopt a process of continuous improvement a key expectation ETI has of its members is an open attitude towards the activities of trade unions, enabling effective representation and ideally for workers to bargain collectively. Any new membership application would be reviewed by ETI’s board to ensure that the company demonstrated such commitment,” the statement added.

“Today we are asking Boohoo shareholders to consider whether the company’s bold statements on ethical trading are true, when Boohoo refuses their staff a voice through an independent trade union,” said Usdaw divisional officer Mike Aylward.

“The fact that the Ethical Trading Initiative has not yet been able to accept Boohoo into membership is a serious concern for the company, particularly in an industry where consumers are rightly giving ever more regard to ethical shopping,” Aylward added.

Earlier this week Boohoo released its first dedicated recycled fashion range, named For the Future, produced in the UK and made using 95 per cent recycled polyester.

“Boohoo acknowledges its responsibility to be a sustainable business and ‘For the Future’ fashion range is the next step in that journey,” said Boohoo group founder Kane of the launch. 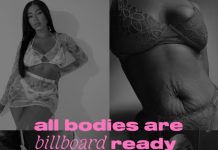