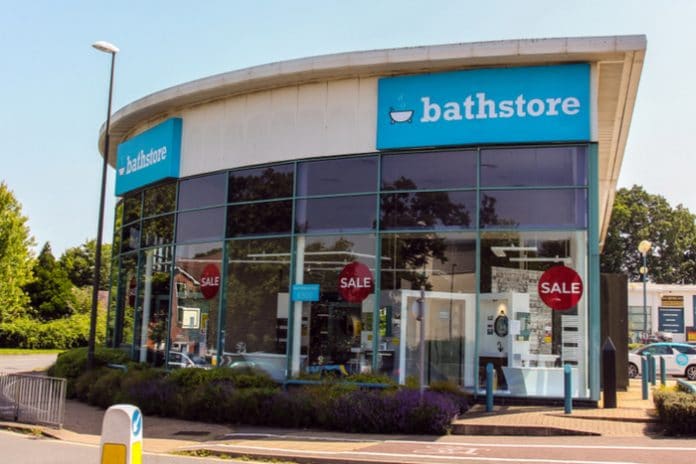 // Deal will see Homebase acquire more than 40 of Bathstore stores and save 154 jobs.

Homebase has successfully secured a deal to acquire Bathstore and rescue it from administration.

According to BDO, the firm appointed a administrators in late June, the sale sees Homebase take over 44 Bathstore stores and save the jobs of 154 employees. (Scroll down to see list of stores saved)

BDO said that the remaining 90 stores not being transferred to Homebase will “continue to trade for a number of weeks while remaining display stock is sold off”.

Homebase said it would continue operating the Bathstore shops it has acquired.

The DIY retailer also has plans to launch “a significant number” of Bathstore concessions in its larger stores over year and a half.

The rescue deal comes less than a month after Bathstore fell into administration after it failed to find a buyer, ultimately placing 500 jobs and more than 130 stores at risk.

Prior to today’s announcement, 89 job cuts had been carried out at Bathstore’s headquarters.

The specialist bathroom retailer said it had endured difficult trading thanks to a slowdown in housing transactions and ongoing consumer uncertainty.

According to its last set of accounts for the year ending July 2017, Bathstore had sales of £140 million but a pre-tax loss of £22 million.

“In a difficult situation, we have been able to secure the future of the Bathstore brand and the transfer of 44 stores to Homebase to maximise realisations for creditors and protect as many jobs as possible,” BDO business restructuring partner Ryan Grant said.

Homebase itself launched a CVA, which was initiated after Australian conglomerate Wesfarmers sold the DIY chain to restructuring specialists Hilco last year.

McGloughlin said the CVA, which included a restructure and store closures, was progressing “ahead of plan” and that Homebase was expected to “break even this year”.

“Since the launch of our turnaround plan just over 12 months ago, we have been focusing on reintroducing the popular ranges and products that our customers have been crying out for,” he said.

“Through strong cost management and improved shopkeeping, we are committed to making Homebase the best place to shop for everything you need for your home and garden projects.”

List of stores included in the sale to Homebase: