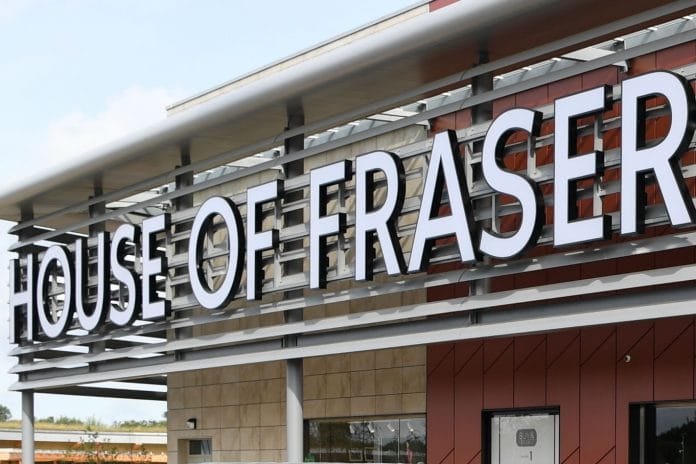 Sports Direct has reportedly drafted in consultants from a restaurant property firm to help roll out high-end dining offerings within the planned Frasers chain.

According to The Evening Standard, the Mike Ashley-owned firm hired property agent CDG Leisure to oversee the food and beverage strategy for the 30 planned Frasers stores.

CDG has also reportedly been given the task to find celebrity chefs to help curate the menu these restaurant concessions.

In May, Sports Direct pledged to make an investment worth hundreds of millions of pounds into House of Fraser in order to relaunch the department store chain and take it upmarket.

This includes redeveloping up to 31 House of Fraser stores into the luxury Frasers fascia over the next five years.

It’s thought that the appointment of CDG to oversee the food and dining strategy for Frasers is to help complement the upscale experience of the department store as well as to drive footfall.

According to The Evening Standard, CDG is already talking to “a number of superb concepts including artisan coffee operators, celebrity chefs, food markets, juice bars and competitive leisure operators” for the Frasers project.

The firm is also reportedly eyeing deals based on turnover rather than fixed rents, in light of the challenges plaguing the hospitality and dining industry.

When Sports Direct bought House of Fraser out of administration for £90 million almost one year ago, Ashley made no secret of his ambition of turning the retailer into the “Harrods of the high street”.

The retail tycoon has since acquired the freehold for the Frasers building in Glasgow for £95 million, closed five a handful of House of Fraser stores and made deals on at least 37 others.

However, many of these are only one-year agreements and are due to expire in August.