// Current CEO Barrie Seidenberg is stepping down for health reasons

Notonthehighstreet has named Claire Davenport as its new chief executive, replacing Barrie Seidenberg who is stepping down for health reasons.

According to Retail Week, Davenport will move into office on August 27.

She was HelloFresh’s former UK boss, having stepped down in December last year.

Seidenberg was first appointed as chief executive of Notonthehighstreet in April 2018.

She is resigning to focus on her health after she was diagnosed with brain cancer earlier this year.

She has worked to ensure there would be a smooth transition once Davenport takes the helm at the online retailer.

“Barrie has led the transformation of the company over the last 15 months and has significantly increased momentum in the business,” Notonthehighstreet chair Darren Shapland said.

“Through Barrie’s leadership, the business now has a strong foundation for growth, supported by a skilled leadership team, with experienced additions including a new chief technology officer, chief financial officer and chief product officer.

“The board would like to thank Barrie for her expert leadership, and we wish her our heartfelt best as she focuses on her health.” 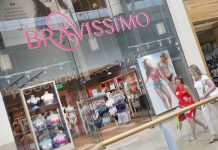