// Sports Direct has struggled to attract the Big 4 accountancy firms

Sports Direct is still hunting for an auditor despite reports that it may be forced to ask the government to step in for help today.

Sports Direct has struggled to attract the Big 4 auditors – PWC, Deloitte, KPMG and EY – who reportedly view Ashley’s company as a reputational risk.

The group now finds itself in the position of being without an auditor despite having presented its last set of accounts.

PIRC, the shareholder advisory group, said last week that Sports Direct would be forced to contact business secretary Andrea Leadsom if it was unable to appoint an auditor within seven days of presenting its accounts at the AGM.

However, Yahoo Finance UK reported that Sports Direct is not planning to contact the business secretary.

Sports Direct is still running the process of appointing a new auditor and does not believe the seven-day deadline has reached.

It remains unclear as to which companies are involved in Sports Direct’s tender process.

Meanwhile, a Sports Direct spokesperson told Retail Gazette: “Sports Direct is currently in a tender process for a new auditor, as noted at the AGM on September 11 2019.

“The company will announce the appointment in due course, following the successful conclusion of that process. Any formal procedures, particularly in relation to the Companies Act, are being adhered to and Sports Direct can confirm it has written to the Department of BEIS under the terms of the Act.” 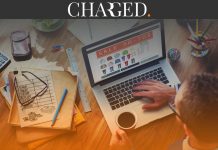