In a year that has seen the online fashion retailer issue two profit warnings, Asos said it placed 72.3 million orders, with sales in the UK growing the most – up 15 per cent.

Meanwhile, sales in the EU saw a rise of 12 per cent, and US sales rose nine per cent.

“This financial year was a pivotal period for Asos, where we have invested significantly and enhanced our global platform capability to drive our future growth,” Asos chief executive Nick Beighton said.

“Regrettably this was more disruptive than we originally anticipated. However, having identified the root causes of our operational issues, we have made substantial progress over the last few months in resolving them.

“Whilst there remains lots of work to be done to get the business back on track, we are now in a more positive position to start the new financial year.”

During this year, Asos swung into a net debt position of £90.5 million, having finished the year to August 2018 with net cash of £42.7 million.

Moreover, shares have plunged by over 50 per cent in the last year on the back of major problems with new warehouses in Berlin and Atlanta.

The retailer struggled to stay on top of demand and the regulations of new countries and heavy investments did not make profit.

However, Asos continues to feed into the sustainability demand.

It introduced a sustainable category earlier this year, and yesterday it announced its Marketplace platform will be expanding its charity boutique concept to help raise funds. 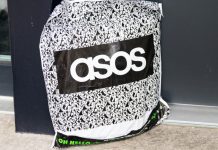 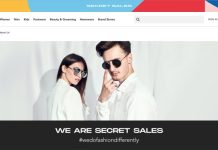