// There is currently no certainty a deal will be agreed

LVMH has placed a takeover bid on Tiffany & Co, reportedly valuing the US jeweller at $14.5 billion (£11.3 billion).

The exact price that LVMH is offering to buy Tiffany for remains unspecified.

The luxury goods company said it has had preliminary discussions with Tiffany, but there was no certainty a deal would be agreed.

LVMH, owned by Bernard Arnault, is the holding company for luxury retailers including Christian Dior, Bulgari, Hublot, and Louis Vuitton.

The deal is expected to strengthen LVMH’s jewellery division, putting it in better position to compete against Richemont. 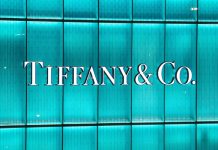