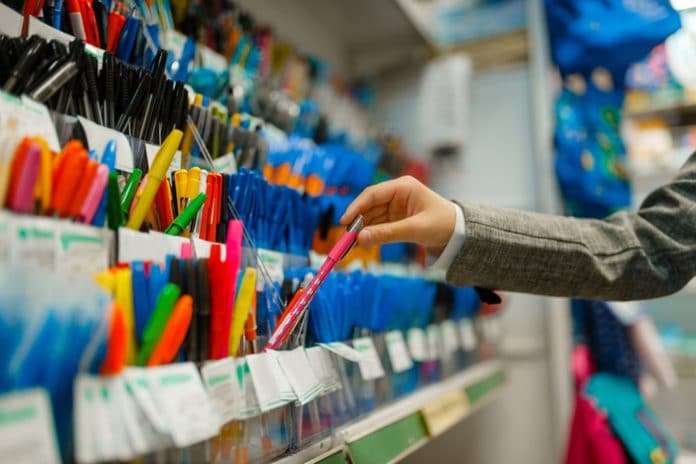 Not so long ago, school children and parents made it a priority to head to WHSmith ahead of a new term commencing to purchase stationery goods. But when discounters such as B&M and Poundland widened their offering, the appeal of stationers such as WHSmith and Paperchase perished.

This year alone, both Paperchase and Clintons launched a CVA, with the latter looking to potentially shut down one-fifth of its 332-strong store estate. Meanwhile, WHSmith’s high street stores in the UK continued to under-perform – consumer lobby group Which? even rated it the worst retailer in the country.

Smiggle’s Aussie parent company has threatened to end its UK expansion plans if economic conditions continued to decline, and The Works’ stock market value recently plunged by 43 per cent amid a profit warning due to a “difficult consumer backdrop”. Finally, Card Factory’s recent third quarter update may have painted a rosy picture, but its half-year profits took a 14 per cent hit.

Despite this, Paperchase chief executive Duncan Gibson told Retail Gazette that there was still a “huge potential for growth” in the stationery sector, given the “valuable role” they play in society.

“As consumer buying habits change, retailers need to evolve in order to remain relevant,” he said.

“At Paperchase, we are working hard to successfully navigate these challenges through our multichannel strategy.

“Paperchase is a well-loved brand and we have an incredibly loyal customer base. We know that this is, in part, driven by our distinctive Paperchase style and design, but it’s up to us to continue to adapt to their shopping habits by making sure they can engage with our brand and their favourite products across a range of channels.”

She also said fellow stationer WHSmith also failed to provide a unique offering, instead presenting expensive products, with staff “keen on offering you a cut price chocolate bar at the till”.

“WHSmith stopped delighting us a long time ago with their products,” she said, adding that gifts and cards retailer Clintons “seemed to be stuck in the past”.

Meanwhile, Naeem Arif, managing director at NA Consulting, argued that the downfall of stationery retail comes down to the rise in convenience.

“The big challenge for some retailers, like stationery, is that their products are commodities that can be purchased anywhere,” he said.

“This was the case for Staples, where everything they sold was based on price and as such, there was nothing special or unique about them. You could buy the same product online and have it delivered the next day.

“The only reason I would need to go is if I needed something right now.”

However, the rise in demand for convenience has benefited stationery and greeting cards retailers within travel terminals, thanks to stable footfall and consumers increasingly shopping at airports or train stations.

In the year to August 31, WHSmith saw its travel sales rise by 22 per cent, but its high street division was down two per cent to £580 million.

Stationery and greeting cards retailers on the high street could be struggling due to simply being too overpriced in comparison to their budget competitors – such as The Range, B&M, Home Bargains or Poundland.

“Consumers are looking for cheap prices and deals and can mainly find them online where they can easily compare store prices with other outlets to ensure they are securing the lowest possible prices,” said Andy Barr, co-founder of online price tracking website Alertr.

“The likes of WHSmith and Paperchase may need to have super sales in order to make any kind of dent in their profit margins before it’s too late.

“The Range, Home Bargains and B&M all carry stock at heavily discounted prices and with consumers as keen as ever to keep their spending down, it’s little wonder so many companies are struggling to keep their stores open.”

Online retailers such as Moonpig or Amazon don’t help matters either, given stationery is increasingly becoming an item consumers would prefer to purchase online.

“Why would busy consumers waste their energy of taking to the high street to buy something as simple as stationary, when you can buy in bulk and get more for your money online?,” Barr told Retail Gazette.

“If big household brands like House of Fraser and Mothercare are taking a hit, it was only a matter of time before stationery stores saw a decline in profits too.”

Despite the hit it took in its half year report, Card Factory is still defying all the odds after reporting an on-going sales rise in its more recent third quarter. In a trading update last week, it recorded a five per cent rise in group sales in the year to date.

“Our quality/value proposition and new product ranges give us confidence that we are well positioned to deliver a good performance in our key Q4 trading period,” Card Factory chief executive Karen Hubbard said at the time.

“The board anticipates profits for the full year to be broadly in line with its previous expectations.”

Nonetheless, Fry believes stationers need to “work so much harder now that online shopping, home-stores and supermarkets often offer similar products”. The branding expert added it would be all too easy to suggest that online stores are to blame for the demise of stationery stores.

“Alas the simple reason these brands are struggling is because they haven’t invested in understanding their customers,” she said.

“As with any retail offer, understanding your customer, pre-empting their needs, delivering surprising and delightful products with great service is all critical.

“Independent stationers like Present and Correct offer stunning products. Papersmiths is another fantastic example of a stationers offering beautiful, unique products with incredibly helpful staff. Kikki K’s products can be personalised and the stores are a treasure trove.

“Each of these brands has taken the time to look at major global trends, have streamlined a portfolio of retail formats they can sustain, and ensured staff are trained.”

The most recent stationery retail downfall was Clintons, which last week revealed plans to shut one in five of its 332 shops and seek rent cuts on more than 200 stores – pending a creditors vote on its CVA proposals.

The retailer first opened in 1968. The company had been in trouble since 2012, when it fell into administration – closing 350 branches.

Arif said Clintons was currently under threat from personalised, online card retailers like FunkyPidgeon due to its business model.

“Clintons is reliant on the ‘last minute’ customer, who needs to get a card and a gift on short-notice, because those who can plan ahead, can get a bespoke designed card from retailers such as FunkyPidgeon or Moonpig,” he said.

Chris Chalmers, marketing director at online retailer Studio told Retail Gazette that stationery retailers were struggling to make a profit because there was already huge range of stationery products on the market.

“It is important that retailers offer something different to continue to attract new interest and retain their existing customers,” he said.

Consumer confidence has declined in recent years, and in turn this has impacted footfall levels. While traditional and longstanding retailers such as Paperchase and WHSmith are selling products at premium price-points, discounters and online giants such as Amazon have benefited from selling similar items at lower prices.

Nevertheless, customer behaviours are evolving all the time and remaining relevant is becoming more of a challenge each day for all stationery retailers.