Burberry has posted an increase in quarterly like-for-likes as full-price sales did well during the crucial Christmas period, despite disruptions in Hong Kong – one of its core markets.

For the 13 week-period ending December 28, the luxury British fashion retailer and brand said comparable store sales were up three per cent – compared to the one per cent increased registered in the same quarter the year before.

Meanwhile, total revenue for the third quarter grew by just £8 million year-on-year, from £711 million to £719 million.

Burberry said growth was bolstered by full-price sales and an “excellent” response to its Christmas and Lunar New Year campaigns.

However, this was partially offset by lower levels of markdown inventory available for sale and continued disruptions in Hong Kong, one of its core markets which has endured months of pro-democracy protests.

“This was another good quarter as new collections delivered strong growth and we continued to shift consumer perceptions of our brand and align the network to our new creative vision,” chief executive Marco Gobbetti said.

“While mindful of the uncertain macro-economic environment, we remain confident in our strategy and the outlook for FY 2020.”

Burberry said it was now in its second year of its transformation plan, and in this phase it would focus on investing to elevate its product offering, re-energise the brand and align distribution to a new luxury positioning.

The luxury retailer highlighted that new products now accounted for around 75 per cent of its mainline retail store offer, and that recently-appointed creative director Riccardo Tisci’s new collections have helped to deliver double-digit growth compared to the prior year.

Burberry is also increasing its investment in China, with the launch of a new Lunar New Year campaign and preparations underway to take its autumn/winter 2020 runway show to Shanghai in April ahead of opening its first social retail store in Shenzhen in the first half of next financial year. 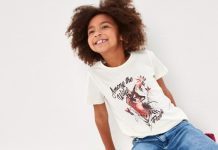