// The bushfires have so far displaced, injured, or killed an estimated 500,000 animals

Pets at Home has pledged to donate £100,000 to help aid relief efforts in the Australian bushfires that has so far displaced, injured, or killed an estimated 500 million animals.

The retailer has donated the money to conservation organisation Worldwide Fund for Nature (WWF) to support their efforts with what has been dubbed the worst wildfire natural disaster in world history.

The donation will be used where it is most needed; helping to restore habitats, give emergency care to injured animals, and protect existing wildlife.

“We will be making our donation through our VIP loyalty programme, Lifelines, which will be used by WWF wherever it is most needed,” Pets at Home group chief executive Peter Pritchard said.

“We’re grateful for all of our customers and clients and the Lifelines that they generate through choosing to spend their hard-earned money with us – whether that be in our stores, our grooming salons or Vets4Pets, so we can all be proud of this donation.

“We hope that this donation will make a positive difference to the lives of many animals in the affected areas of Australia.”

Over 1300 homes have been destroyed and hundreds more damaged during the bushfire crisis, while 23 people are thought to have died and at least six others are missing.

The fires started as early as August but have intensified as the official start of bushfire season coincided with the start of summer in the southern hemisphere in December.

It’s also widely reported that the amount of land the bushires have ravaged equates to a land mass bigger than Belgium, making it worse than last year’s Amazon wildfires.

While conditions eased in parts of Australia earlier this week, the bushfire season is far from over and major cities such as Melbourne, Sydney and Canberra have endured some of the worst air quality in the world as strong winds bring in the bushfire smoke. 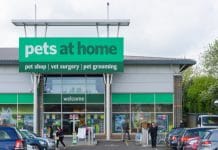 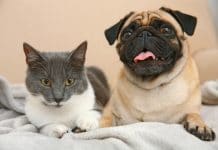 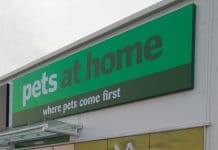 Pets at Home profits down almost 40% but CEO remains upbeat

Tesco on track to financial recovery