Ted Baker’s banking syndicate have reportedly hired restructuring experts to carry out a review of the retailer’s prospects.

According to Sky News, the syndicate, which includes Barclays and RBS, have drafted in advisers from FTI Consulting to undertake an independent business review of Ted Baker.

The move comes just weeks before the retailer posts its Christmas trading update, and less than a month since chairman David Bernstein and chief executive Lindsay Page both suddenly quit shortly after Ted Baker revealed its fourth profit warning for the year.

FTI’s review is expected to take several weeks to conclude, according to Sky News.

There is also a chance it could result in the lenders tightening the terms on which they provide debt to Ted Baker.

The retailer has not yet commented on the matter.

In its December trading update which revealed the recent profit warning and sudden leadership resignations, Ted Baker said 2019 had been the “most challenging in our history”.

Its trading troubles were laid bare as it reported a 5.5 per cent drop in retail sales with currency effects stripped out for the 17 weeks to December 7.

It confirmed at the time that it had hired consultants from AlixPartners to carry out a review of the retailer’s operational efficiency, costs and business model as part of an urgent recovery plan.

The firm already began a review of its assets in October, which was ongoing.

Earlier that month, the retailer had revealed a £25 million accounting error related to its stock, which prompted it to appoint Deloitte and lawyers from Freshfields Bruckhaus Deringer investigate.

Kelvin had already taken a step back from activities at the business in December 2018 after allegations of misconduct involving “forced hugs” and ear-kissing first emerged.

Kelvin has denied any wrongdoing.

Nonetheless, the scandal preceded four profit warnings from Ted Baker, sending its shares plunging by almost 75 per cent in 2019. 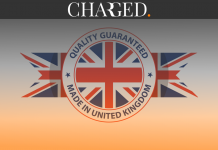