Sainsbury’s has opened the second of its new city-centre convenience concept store in the heart of Birmingham’s business district as it rolls out the trial of the format.

The Big 4 grocer’s Colmore Row store is the second On The Go store, combining fresh in-store food and drink with convenient ways to shop with Sainsbury’s and Argos.

The first On The Go store was unveiled in London’s Square Mile last month.

Eight more will open across Edinburgh, Bristol, Glasgow and London over the coming months, further testing the format in city centres.

The grocery giant said it has over 130 Sainsbury’s Local stores in busy urban areas that could be converted into the On the Go format.

The Birmingham On The Go is in a reopened Local outlet on Colmore Row.

Birmingham city workers can choose from pizza cooked in-store, drinks from a self-service coffee machine and fresh orange juicer, and sushi from Yo! Sushi.

The layout of the store also features extra space allocated to the checkout so shoppers can pay as quickly as possible.

“By focusing on fresh On The Go food and drink and making it even easier for customers to shop quickly and conveniently, we’re well-placed to bring busy city workers everything they need under one roof,” store manager Sharon Slim said.

The On The Go format follows the success of Sainsbury’s recently launched neighbourhood convenience stores, which offer residents in local communities a one-stop shop for a range of food and general merchandise products as well as convenient services.

The On the Go stores also tap into the growing trend and demand for convenient food-to-go.

Sainsbury’s has around 810 convenience stores and has stated that they will form a key part of its growth strategty in the coming years. 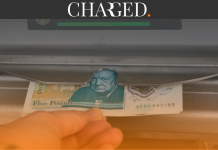 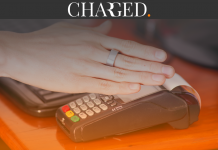