// This is three points shy of the word score on record, -39, which was recorded during the 2008 financial crash

// Behind the overall score, perceptions about personal finances and economic situation all deteriorated

Consumer confidence in the UK is teetering just above its 2008 historic low point, according to an index.

Research carried out between May 20-26 found consumer sentiment had deteriorated compared to the previous two weeks.

The long-running Consumer Confidence Barometer from GfK, measuring households’ perceptions of their own finances and the wider economy, found confidence had decreased by two points to -36.

This was just three points shy of a historic low score of -39 that was recorded amidst the financial crash in July 2008. 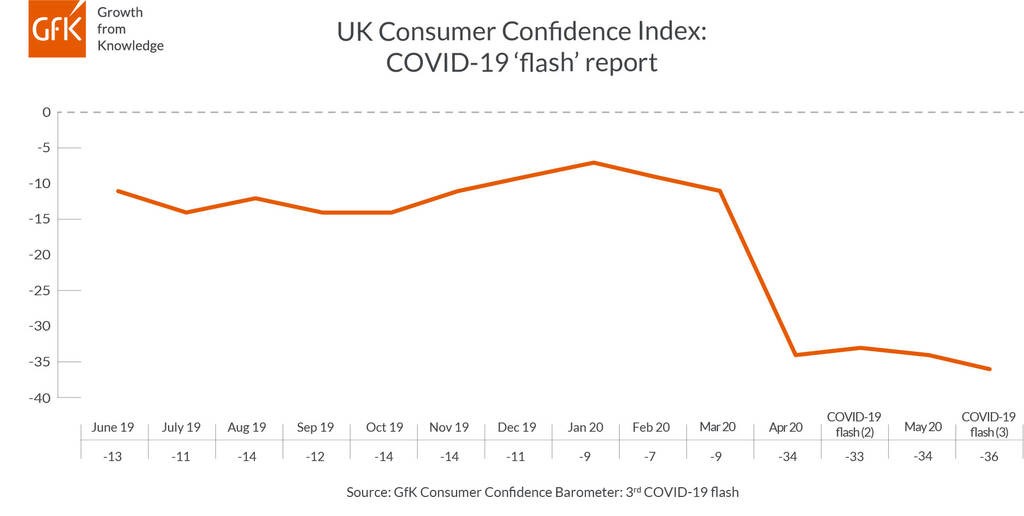 Behind the overall score, perceptions about personal finances and the wider economy over the past 12 months and next 12 months deteriorated.

Sentiments around the general economic situation over the last 12 months and the 12 months ahead had also declined. 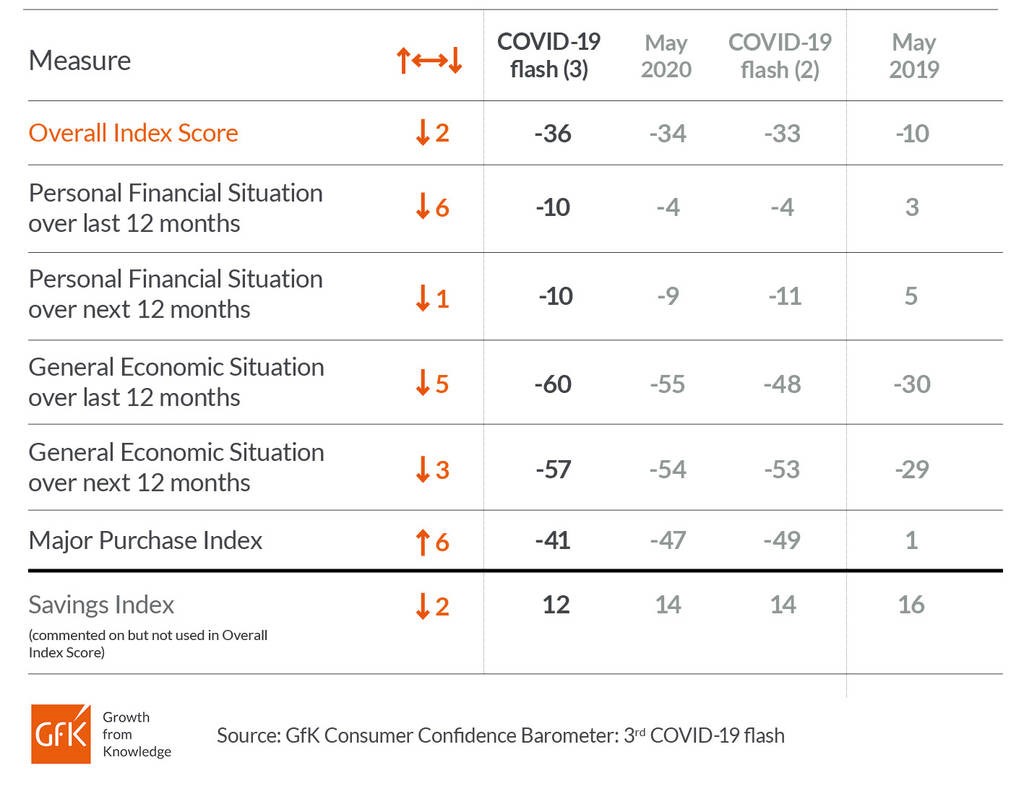 “Against a backdrop of falling house prices, soaring jobless claims and with no sign of a rapid V-shaped bounce-back on the cards, consumers remain pessimistic about the state of their finances and the wider economic picture for the year to come.

“The only bright spark in the numbers is for the major purchase index with a six point fillip, pointing to latent demand among shoppers across the UK despite most outlets remaining shuttered.

“As the lockdown eases, it will be interesting to see just how the consumer appetite for spending returns in a world of socially-distanced shopping and the seismic shift to online retailing – alongside worries of a fresh spike in Covid-19 cases as relaxations increase.”

GfK’s barometer is usually published monthly, but since March an extra interim report has been released to evaluate the impact of the UK’s coronavirus lockdown on consumer confidence.