// Hunter, the boots retailer, has secured a £16.5 million rescue deal

// Hunter will have the benefit of an additional £18.5 million of capital, to support future growth

Hunter has secured a £16.5 million rescue deal after seeing its sales affected by the Covid-19 crisis.

The cancellation of music festivals, with revellers buying wellies in case of rain, has had a particularly severe impact on the boots retailer.

Hunter’s existing backers have invested as part of a deal that will see former minority shareholder Pall Mall Legacy become the controlling shareholder.

London-based brand house Pentland will remain a minority shareholder in the company, while Pall Mall Legacy and its stake in Hunter will continue to be managed by private equity firm Three Hills Capital Partners.

Searchlight Capital, which has controlled Hunter since 2012, will retain a large minority stake and board representation.

As part of the recapitalisation, existing lender Wells Fargo will augment and extend existing financing arrangements for a further three years.

As a result, Hunter will have the benefit of an additional £18.5 million of capital, to support future growth.

Hunter and its advisers at AlixPartners had been running an auction since March, and is said to have attracted a number of takeover bids.

Over the years, the retailer has reduced its exposure to physical retail outlets, and now has only three flagship stores and three standalone shops.

It also launched an ecommerce platform that generates over 30 per cent of global sales, which gave its investors hope about its future growth.

“While the retail sector across the globe faces huge challenges presented by the Covid-19 pandemic, we are extremely fortunate to have the support of our stakeholders, enabling us to successfully strengthen our balance sheet,” Hunter chairman Gordon McCallum said.

“This will ensure that we are able to withstand the current market downturn and emerge even stronger, to grow the iconic and much-loved Hunter brand over the long term.” 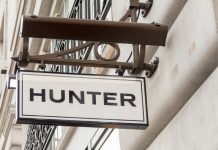 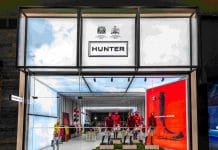