// Promotional activity expected to be driven through Clubcard loyalty card, which has 19m members

Tesco is reportedly planning to launch a major new price war against the discounters as it prepares for the increasing likelihood that the UK will face a coronavirus-driven recession.

According to The Grocer, the Big 4 grocer has told suppliers it would not allow Aldi or Lidl to gain the price advantage that led to their skyrocketing growth after the global financial crisis in 2008 and 2009.

Tesco has also reportedly told suppliers that is plans to roll out an everyday low pricing campaign involving both branded and own-label products.

In addition, the grocery giant is reportedly planning to ramp up its price-matching campaign against Aldi, which was first launched just before the UK went into lockdown in March.

The retailer’s promotional activity is also expected to be driven through its Clubcard loyalty card, which has 19 million members.

“We are always working hard to give customers great value. In March, we launched Aldi Price Match, a commitment to match hundreds of Tesco products to Aldi prices,” a Tesco spokeswoman said.

Tesco is slated to deliver its first quarter results on Friday. 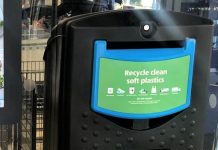